Traditionally Chinese names are comprised of two or three characters: a surname character at the front followed by one or two given name characters. For example:

It is common for parents to give a child a name and a “little name”, with the latter usually used in early childhood.

When a child enrols in school, they are given a “school name”.

If you want to trace your ancestor before they arrived in Australia, you will need to know their proper Chinese name (in characters) and their home district.

In Australian records, Chinese people’s names were often written down in different ways or may use have recorded little names or school names. It is worth keeping a list of spelling variations and name variations that you find for your ancestor. 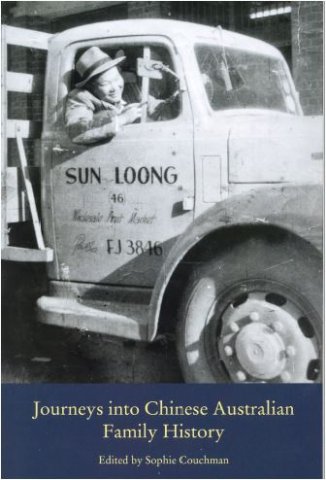 Journeys into Chinese Australian Family History is an excellent foundation work which includes detailed case studies as wells as advice on researching and working with Chinese language when you don’t speak Chinese, and other general family history research strategies.

Increasingly Chinese-Australians are seeking to learn more about relatives who migrated to Australia in the nineteenth or early twentieth centuries. This page aims to assist beginner researchers who are interested in their domestic family history or trancing their ancestral origins overseas.

Learn more about how the Library is collecting Chinese-Australian stories and how you can access them.

To successfully track your family back to China, you will likely need to identify your ancestors’ names in Chinese characters (not just the romanisation, which was not standardised prior to the twentieth century), as well as their village and district origin.

Applications for naturalisation, including those that were rejected, cancelled or confiscated, can be found in state archives and in the National Archives of Australia (NAA). For those whose ancestors were in New South Wales, the Chinese Naturalisation Database, NSW 1857-1887 hosted by La Trove University may be helpful.

Before the 1880’s very few immigrants from China obtained certificates of naturalisation and hence would not appear on electoral rolls. Most of those who did were born under British rule in the Crown Colonies of Hong Kong, Singapore, Malacca and Penang.

The requirements for naturalisation broadly included evidence of ownership of a business or possession of assets such as shops, houses or land. were such that many immigrants from China were precluded from obtaining a naturalisation certification under Section 16 of the “Influx of Chinese restriction Act of 1881”, which stated:

“No Chinese arriving in this Colony after the passing of this Act shall be competent to acquire or to hold real estate in the said Colony any law to the contrary notwithstanding unless such Chinese be British subject either by birth or naturalisation.”

As a consequence, most buildings constructed by Chinese communities, such as temples, were constructed on leased or crown lands. So early land and property records are less likely to be applicable.

There are an abundance of records relating to entry, departure, ‘alien’ registration, student records and other travel documentation that was issued to Chinese Australians during the Colonial period through to the twentieth century. These can be highly useful as they might contain Chinese and English names, as well as birthplace or district of origin.

Prior to Federation the New South Wales colonial government was responsibility for its own immigration laws and related administration. These records are predominantly held by State Archives and Records New South Wales, who have a guide to their holdings from 1826 – 1929 under Chinese Migration Stories.

For (mostly) post-Federation records, the National Archives of Australia has published guides to Chinese–Australian journeys: records on travel, migration, and settlement, 1860–1975 and Chinese immigrants and Chinese Australians in New South Wales. These detailed guides focus on records that would be of most interest to family historians and researchers of Chinese–Australian history.

You can search the NAA RecordSearch using key phrases like ‘Chinese student’ or ‘student passport for records for  on Chinese students in Australia. Files often contain a photograph and details in both Chinese and English.

There is strong record of Australians of Chinese ancestry have been serving in the defence forces, even prior, during and after the First World War (WWI) when Australian-born children of Chinese settlers faced significant racial intolerance, persecution and social exclusion. In the 19th century it was not unusual for soldiers to enlist under their mother’s maiden name if it was of European origin, or to use an Anglicised alias.

By WWI thousands of Chinese Australians had enlisted and served, arguable receiving a higher rate of individual awards for bravery than might have been statistically expected. In addition to those who joined the armed forces, many served in the Chinese Labour Corps who worked under the British and French on the Western Front.

In addition to our guide on researching military ancestors, there are several books which may be useful:

Twelve Chinese newspapers are known to have been published in Australia between the 1850s and 1950s. These include:

Unlike many traditional western newspapers, these titles were unlikely to publish family notices. However, they included much information on small (including family) businesses and community news. Some of these titles are digitised and available in Trove.

More information on early Chinese newspapers can be found in this archived blog post by Kate Bagnall.

A Chinese genealogy book traditionally recorded the males' names of the family in Chinese. The surnames of wives were also listed followed by the character氏 shì, which means surname.

Some Chinese families use a ‘generational poem’ to record the lineage of a generation. Siblings and cousins of the same generation would share a generation name (字辈 zìbèi or 班次 bāncì) which was usually the middle character of the name. 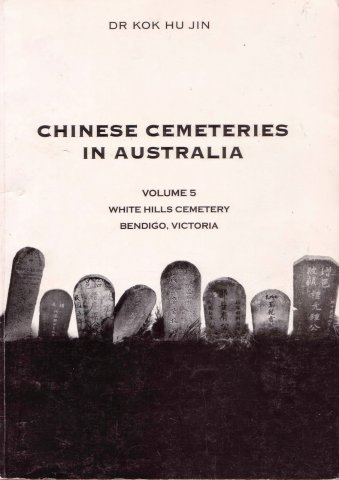 This series by Dr Kok Hu Jin, published by Golden Dragon Museum Bendigo, provides a detailed guide describing and translating the gravestones of Chinese-Australians interned in cemeteries across Australia.  They also provide excellent background and context for the family historian, tracing surname groups, districts of origin, language groups and more. They are out of print but you can search Trove to find copies of these volumes in a library near you.