In 2011 the combined records of Indian Indentured Labourers of Fiji, Guyana, Suriname, Trinidad and Tobago were placed on the UNESCO Memory of the World Register.

Amongst others these included the Indian Emigration Passes to Fiji for the period 1879 to 1916. 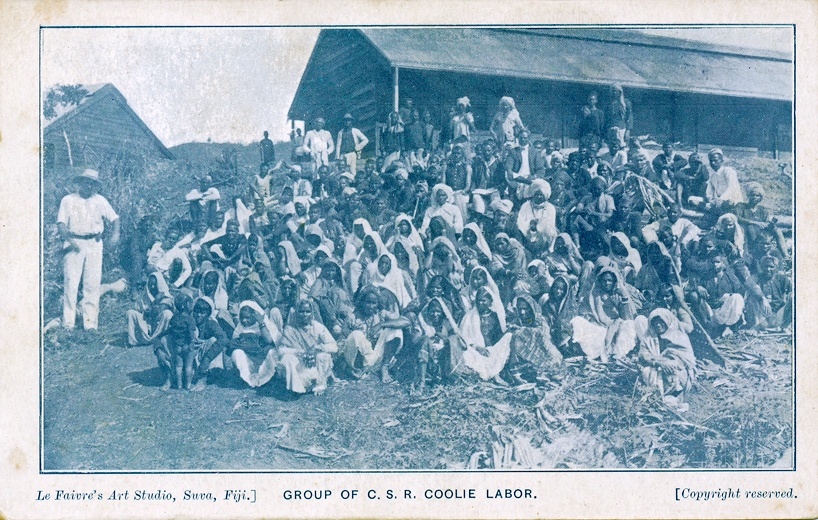 These records comprise over 60,000 individual passes issued to Indians who were to come to Fiji as indentured labourers.

The original passes, held in 344 volumes, are kept by the National Archives of Fiji. Copies of these records, comprising 42 reels of microfilm, are only held by several institutions outside of Fiji, including:

What do I need to know?

Although not all passes and immigrant records have yet been indexed by name, the content of the films can be quickly accessed in several other ways, with the knowledge of any of the following emigrant details:

This guide provides reference to the correct film(s) to request, based on knowledge of any of the above criteria.

To obtain a copy of an emigration pass for a known emigrant you can do so via the Library's Copies Direct service.

The Girmit.org website has a searchable/sortable index of emigrants' names beginning A through M (compiled using data obtained from the National Archives of Fiji).

Use the index to find the pass number and father's name of an emigrant, as well as the name of the ship they arrived into Fiji on.

What can we do for you?

The Library can provide a limited look-up service for you. You should provide us with at least the name and gender of the emigrant, and the likely ship and arrival date into Fiji. You can use our Ask-a-Librarian service to make your request. Copies of passes are not provided as part of this service however you can use our Copies Direct service to purchase them based on the information our look-up service provides.