September 19th is International Talk Like a Pirate Day! To celebrate, we arrrrrrrrr going to explore pirate history in Australia, and how to find some shiny pirate treasures in our collection. 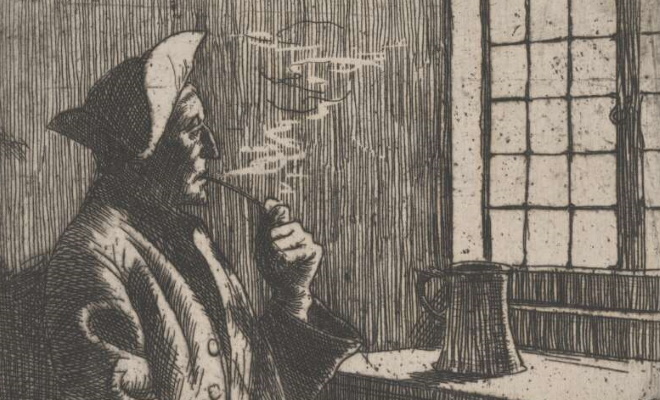 Since humankind worked out how to float on water, there have been acts of piracy. From raiding our neighbours down river to the golden age of piracy in the Caribbean, the use of ships and boats to prey on others has proved itself as means with which groups could utilise for their survival.

Historically, a person who commits an act of robbery or violence upon a ship and its crew or on coastal regions by ship is considered a pirate. When people think of pirates, the picture that comes to mind is one of eye patches, the “Skull and Crossbones” (aka The Jolly Roger - a flag only flown by a small number of pirates) and men swinging  from one ship to another with daggers in their mouths (an excellent way to lose a tongue) to steal their treasure.

Privateer, Freebooter, Raider, Blackbirder, Corsair, Sea Rover, Picaroon, Buccaneer, Mutineers, and Marooner. These terms may have been used in different eras, by different nations, but in the end they were all used for people who commit crimes on or by way of a ship or boat. The term, privateer is particularly interesting, as it was used for pirating under the banner of a sovereign nation - this was “legalised” pirating. A privateer was authorised by a “letter of Marque”, and they were commissioned to sink and capture enemy ships from which they could keep a portion of any treasures that they “liberated”. Privateering was internationally outlawed and completely abolished by the start of the twentieth century. In many instances, it was a matter of perspective as to who was a pirate and who was not, such as Sir Francis Drake, who was a privateering hero to the English but a pirate to the Spanish.

So, what about pirates in Australian waters? In Australia, being an island nation, you could be forgiven for believing in the existence of pirates within Australian waters. We did have pirates, however, our best-known pirates are not how we would traditionally think of them. Most Australian pirates were escaped convicts who stole a vessel to flee their penal punishments, many of whom were recaptured or considered lost at sea. Some successfully escaped their punishment and reappeared elsewhere with a tale to tell, although their freedom did not usually last long.

Mary Broad was a convicted highway robber; she was sentenced to serve penal servitude at Botany Bay and was transported on the first fleet. She, along with her husband and children, escaped in the governor’s sailing cutter (similar to the cutter shown below) and travelled for 66 days all the way to Koepang, in the Dutch East Indies. She was eventually caught and sent back to England; while on her journey the lives of her husband and their children were lost. The story that was told garnered enough public attention, that six weeks after the original sentence had ended, she was pardoned through appeal in the year 1793. 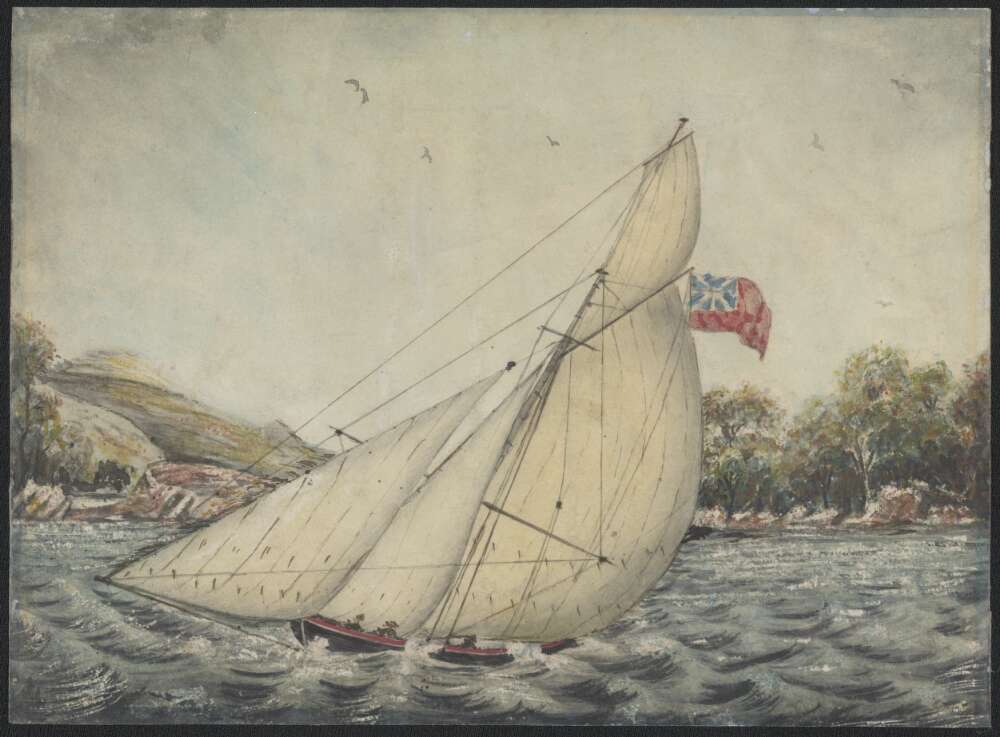 A convict serving life (for tier-ranging and sheep stealing) who made several escapes. On one occasion, Swallow actually made it all the way to England by stowing aboard a ship (between 1822 to 1828). When he tried to reunite with his wife he discovered that she had remarried, her new husband informed on him, and he was captured once more and sent back to the penal colony.

He escaped from the penal colony on Van Diemen’s Land, and along with 18 other convicts captured a British brig called the Cyprus. Their journey took them to Tahiti, Tonga, Japan (during the time of the “Shogunate” where any contact with foreigners was prohibited) and were turned away, only to finish up scuttling their boat off the Chinese mainland. The group eventually returned to England where they were recognised, arrested, tried and Swallow was returned to Van Diemen’s Land where he died from tuberculosis in 1834 while at Port Arthur.

The Ethel was a brigantine used to resupply pearl luggers in Western Australia, and return the harvest of pearls and shells to port. In 1899 the multinational crew mutinied, killing the captain and several crew members. They sailed the Ethyl to the island of Selaru, where it was scuttled. The mutineers tried to land their whaleboats on shore, but quickly discovered that the natives were not friendly and were forced to row to the nearby Dutch trading station of Adaoet, Indonesia.

One of the crew who had been forced to go along with the mutineers approached a local school teacher and told him of the events that had transpired. The mutineers, believing that they were free, gained transported to Macassar, but the moment the ship berthed they were arrested and returned to Perth where they were tried, sentenced to death and then executed at Fremantle gaol.

The reasons for the mutiny and seizure of the Ethel are still unknown; some believe that there was a large amount of money on board, others believe they took the ship to retrieve lost treasure. The most likely reason is that one mutineer had a quarrel with the captain which ended with the latter being murdered and the guilty crewman coercing the rest of the crew to flee on his behalf.

A well-practised and habitual convict escapee, Porter and several other convicts seized the brig Frederick (a ship they had helped build) which was moored at Macquarie Harbour Penal Station. The escapees then sailed across the South Pacific and ended up in Chile, where the Frederick was scuttled. They lived in Chile for a short period of time, before they were handed over to a British ship when the new Governor became suspicious of their identity.

Porter was once again in custody, this time for piracy, which at the time was a hanging offence. However, Porter's piracy sentence was commuted after it was argued that the act of piracy could not have taken place as the ship had not been officially launched, therefore it was technically theft. As a result, he was transported to Van Diemen’s land for a 14 year sentence.

He was moved to Norfolk Island in 1839, where he served on a boat crew in the service of the colony, and his sentence was reduced to 7 years for good behaviour. From there, he was transferred to Sydney to 1843, and then Newcastle, where in 1847 he absconded and disappeared, never to be seen again.

In 1837, while in  Hobart gaol, Porter wrote a short memoir that gave an account of the events that had occurred, and in 1841, while on Norfolk Island, he wrote a revised version (which is is available to read at the State Library of New South Wales). These memoirs were used as the basis for Marcus Clarke’s “For the Term of his Natural Life”. 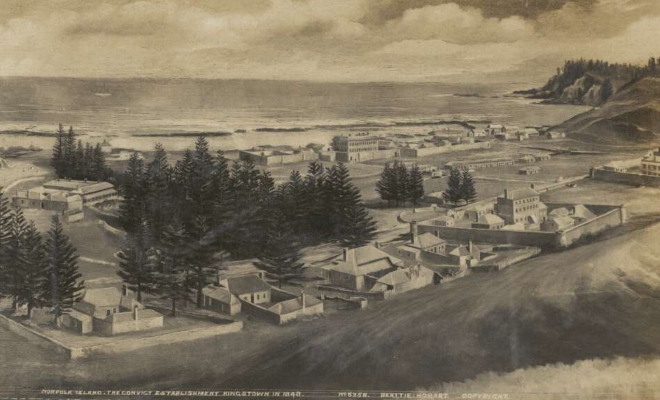 Some other prominent acts of Australian piracy include:

Looking to dig up some lost pirate fables?

If you are looking to conduct your own pirate research, the National Library can help!

Our catalogue is a good place to start your search, with a wealth of published books, pictures (some of which were used in this blog), manuscripts and maps available to use. You can search for pirate material by searching for terms 'Pirate' (such as 'Pyrate' or 'Privateer'), names of ships or pirates (such as 'Anderson (pirate)' or 'Cyprus (ship)') or by searching for more general texts about Australian/Pacific maritime history. 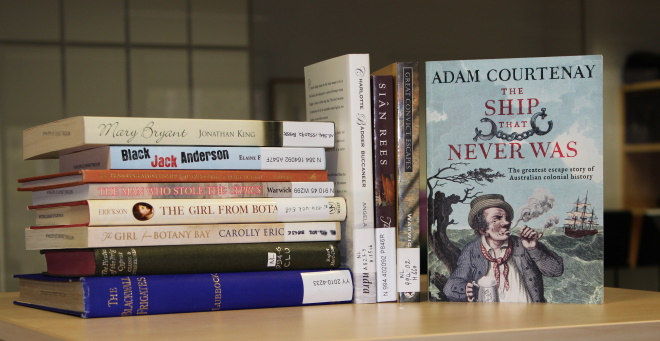 A selection of the published books about Australian pirate history available at the NLA.

If you can't make to our Reading Rooms in Canberra, you can search Trove using similar terms to find pirate resources located in libraries around Australia, or available online.

Our new eResources portal allows full-text searching of our eResources, so you can search for scholarly articles about pirate history, or you could browse one of our maritime history databases (such as the Australian National Shipwreck database or the First Fleet database). If you need some tips for using our eResources, check out our blog post and research guide.

And as always, if you need some assistance, you can always Ask a Librarian.