On Saturday 16 June, 1860, a notice was published in The Sydney Morning Herald:

‘To ADVERTISERS AND OTHERS. – “THE ALPINE PIONEER AND KIANDRA ADVERTISER” – Will be published at Kiandra…by J. and T. GARRETT (Illawarra Mercury). This will present a most advantageous medium to advertisers, as no pains or expense will be spared to secure a wide circulation among the Mining, Commercial, Agricultural, and Pastoral inhabitants of Monaro and the adjoining districts. In addition to this, there can be no doubt but the ALPINE PIONEER will have an extensive circulation throughout the Australian colonies’.

Born of the Kiandra gold-rush in the Snowy Mountains region of NSW, The Alpine Pioneer did not, despite the grand declaration, last long.

First printed in August 1860, the newspaper ceased publication by February the following year. The presses, after some negotiation and a payment of £300, were relocated from the mountain hamlet of Kiandra to the town of Cooma to begin printing a new newspaper, The Manaro Mercury, and Cooma and Bombala Advertiser. One can only imagine the challenges involved in moving the machinery first up and, later, down the mountain terrain. A 1926 source says only, and in relation to the latter, such details are ‘enshrouded in the mists of Time’. 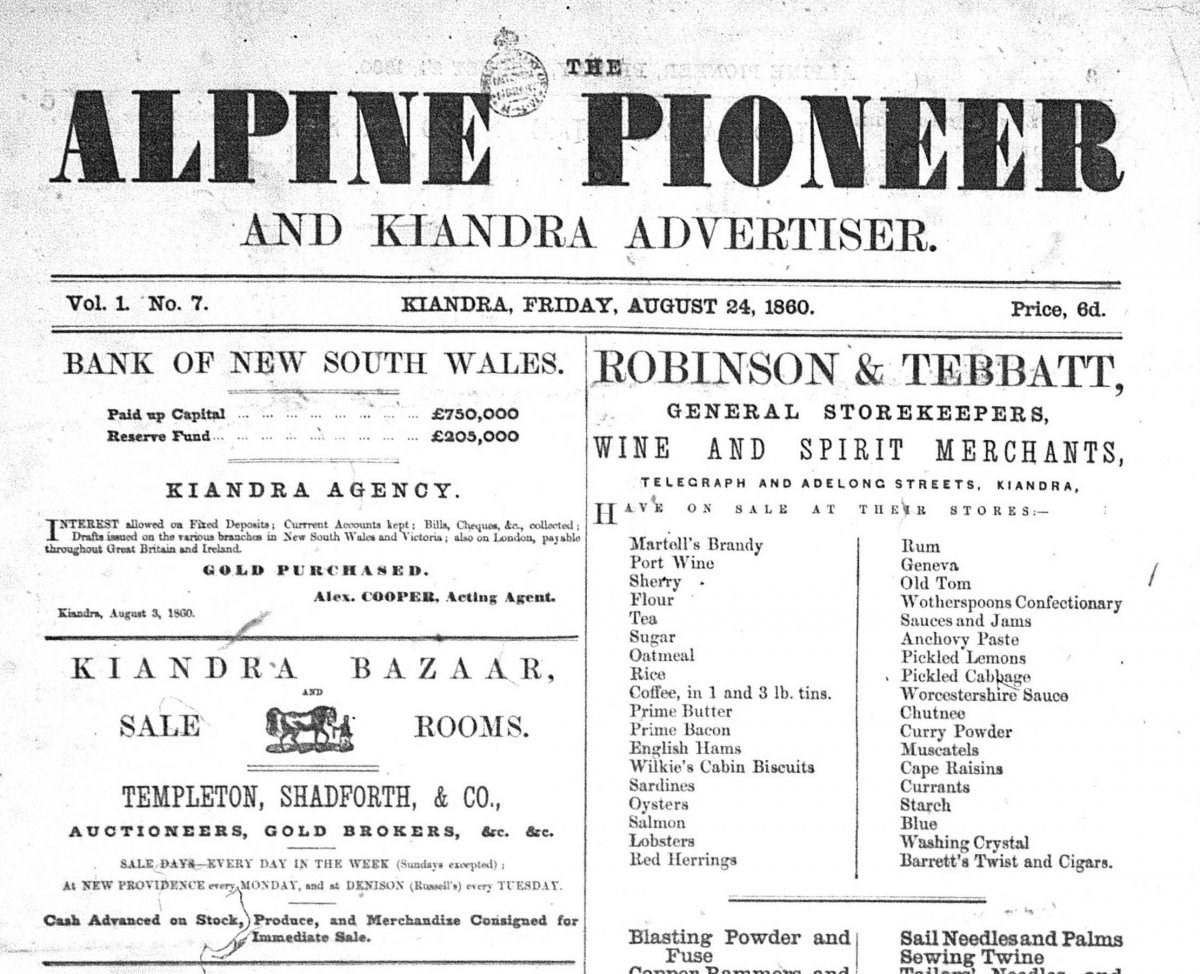 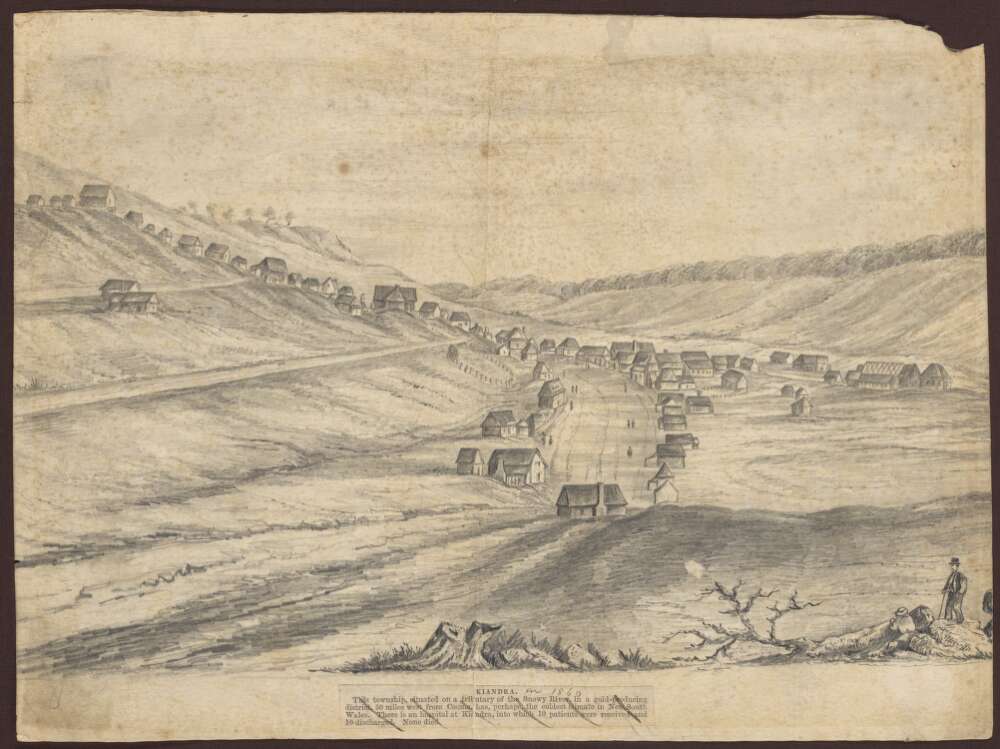 Despite its brief existence, The Alpine Pioneer played an important role. True to its name, it began a story of Monaro local newspapers that continues to this day. I am from the Monaro - the dry, cold plateau in southern NSW between the Snowy Mountains and the sea. To look back through The Alpine Pioneer, The Manaro Mercury and onward to their descendants (The Cooma Express, The Cooma Monaro Express and, today, The Monaro Post) is as much a journey of discovery as memory.

Perhaps a librarian should not admit to favourites, but the Library’s collection of Australian regional newspapers is one of mine.

For many Australians, regional newspapers are our first experience of the press. They reflect the concerns of communities outside the political, economic, and urban centres. In their pages are the records of performances, shows, sporting victories, protests, political campaigns, the occasional celebrity visit and, always, births, marriages and deaths. 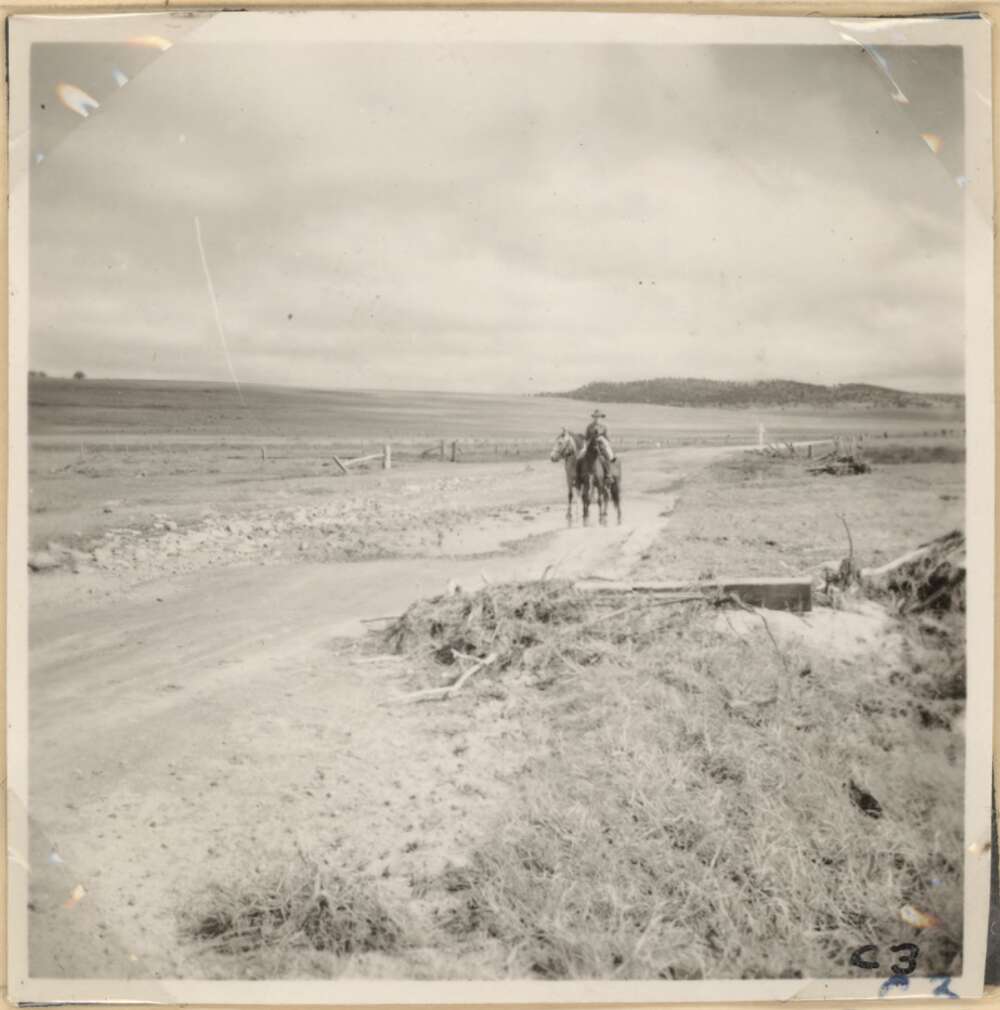 The big city-based dailies and the well-known internationals have their role, and these form an important part of the Library’s collection, too. But there is something uniquely valuable in the records of life recorded through regional newspapers. The stories they tell do not, generally, make national news. They can be informal, conversational, and even (dare I say) a little daggy. Yet, in stories small and large, hilariously dry (and occasionally wry), there is real treasure to be found. These papers are the records of Australian communities: of people, of place, and of the relationships between the two. And in the wake of news that many will cease production due to the current global pandemic, they will be valued even more by readers and historians across the country.

Early iterations of many contemporary regional newspapers can be found in Trove, as well as some that ended publication long ago. If you haven’t, yet, had a chance to explore historical Australian newspapers in Trove, I encourage you to do so.

In this strange year, as we spend more time at home, and online, than ever before, there are opportunities to begin (or continue) pursuit of perhaps hitherto neglected interests. If you, like me, are especially interested in social histories of regional Australia, or simply want to learn more about the place where you were born, or where you live now, why not start exploring the world of regional Australian newspapers? And, when the Library does reopen (a day we all look forward to!), there are many, many regional newspapers to explore in our onsite collections, too (you can read more about the Library’s Newspapers collection in our research guide).

So, from The Kimberley Echo to the West Coast Sentinel, the Illustrated Tasmanian Mail to The Alice Springs Star, the Library’s regional newspapers are waiting for you. These newspapers give voice to the far-flung, less populated parts of Australia, are a vital part of our documentary heritage...and great fun to browse.