are known as primary legislation. Collectively, they make up Statute Law which along with conventions, court decisions and treaties is seen as the basis of the UK constitution. If a Bill is passed by both Houses of Parliament and receives the Royal Assent it becomes an Act of Parliament and part of UK law.

The Hathi Trust Digital Library has a number of historical Statutes of the United Kingdom available online. Browse these here.

A Bill which has received Royal Assent becomes an Act. General information about Acts can be found at parliament.co.uk.

There are a number of online sources for Acts of the United Kingdom, depending on the date required.

legislation.gov.uk publishes legislation from 1267 to the present day. See the FAQs on the website for more details about dates.

Statutes of the United Kingdom of Great Britain and Ireland, 1101-1835, digitised by the University of Southampton and now available through the Internet Archive.

In 2013 the guide was updated and published on the web. An archived copy of the guide is available via Pandora. Statutes for the United Kingdom are found under G – Great Britain.

Including: orders in council, proclamations, instructions to Governors, letters patent etc. No single title will contain all legislation. 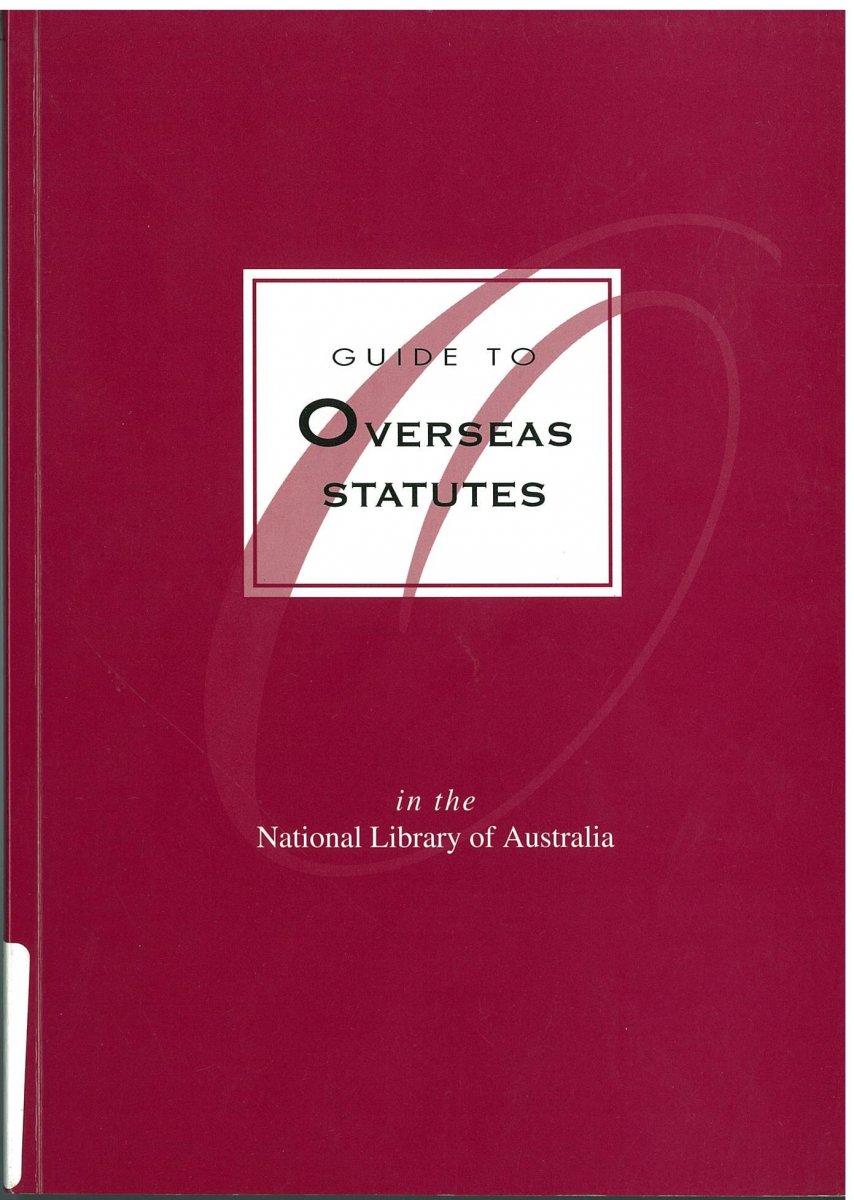 Guide to overseas statutes : in the National Library of Australia (1993) compiled by Biruta Udris. This guide lists the titles, holdings information and location numbers for a significant part of the non-Australian legislation in the Library’s collection.

Please note that many of the print items listed here are kept in our offsite storage. We deliver at set intervals throughout the working day as shown here.

The Catalogue indicates from which reading room you can collect your requests.

If you want to use material from offsite collections on the weekend, submit your request by 2 pm on Fridays.