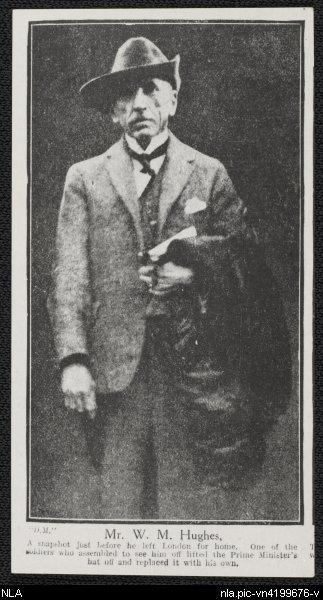 At the Paris Peace Conference in 1919 Hughes played a conspicuous part, particularly on the questions of reparations, the former German colonies in the Pacific, and the covenant of the League of Nations. He returned to Australia in triumph, hailed as ‘the little digger’. (From the Hughes Collection, National Library of Australia) The League of Nations was the forerunner to the present United Nations.

The Treaty of Versailles, including the Covenant of the League of Nations was signed on 28 June 1919 and was the first political treaty signed by Australian officials since Federation. A history of the signing, along with an explanation of the significance of the document is available at the website Documenting a Democracy. 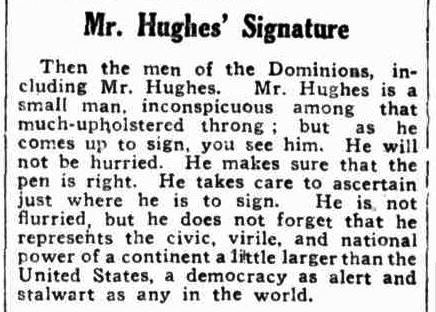 The League oversaw the Permanent Court of Justice, and several other agencies and commissions were created such as the Health Organization, International Labour Organization, and Permanent Mandates Commission.

In 1946 the League of Nations was dissolved by a resolution of the 21st Assembly. Assets, property and some functions and roles were transferred to the United Nations. 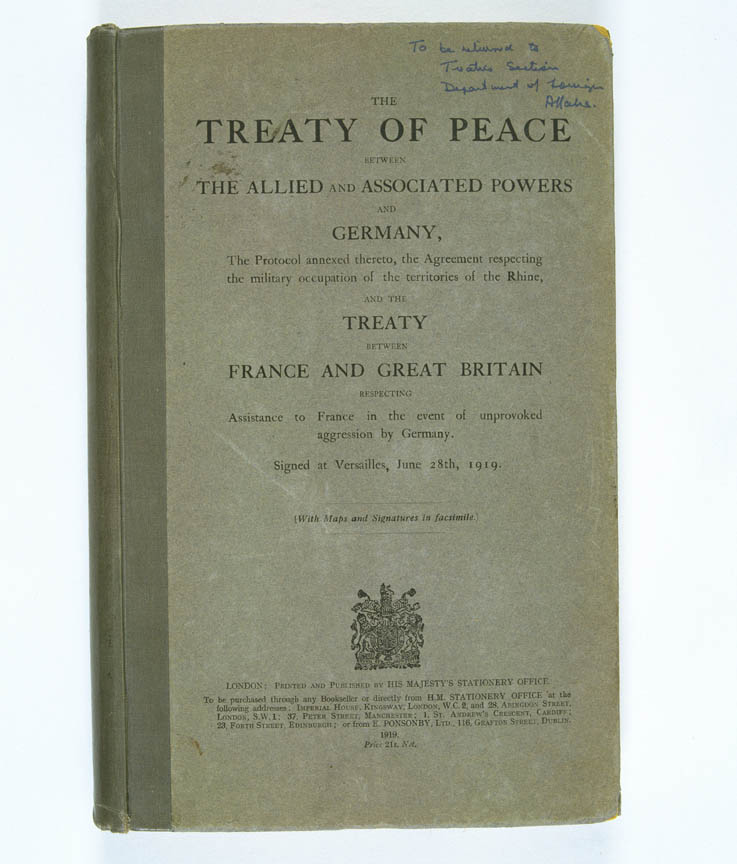 Treaty of Versailles 1919 (including Covenant of the League of Nations)

Image from Documenting a Democracy, by the Museum of Australian Democracy at Old Parliament House in conjunction with the National Archives of Australia.

A copy of this document is also available in the National Library: Treaty of peace between the allied and associated powers and Germany : signed at Versailles, 28th June, 1919. Also known as the Treaty of Versailles, this is the treaty of the Paris Peace Conference. It includes the planned formation of the League of Nations as part of the text.

The National Archives of Australia holds a wealth of documents relating to the League of Nations. These include over 1900 items such as official files, reports, prime ministerial personal papers, maps and photographs. Over 130 of these items have been digitized and are available online via the Archives' website.