The National Library of Australia has over 300 print items on the subject of the League of Nations. Library material on the history of the League and its legacy can be found by searching the Catalogue.
Use a basic search and limit to item type, such as Books or Manuscripts.  You can also do a subject search by selecting the Browse alphabetically tab, then subjects.

The Treaty of Versailles included the planned formation of the League of Nations as part of the text. Selected works on the Treaty and the Paris Peace Conference include:

Subject headings for the League of Nations include:

In our Manuscript Collection 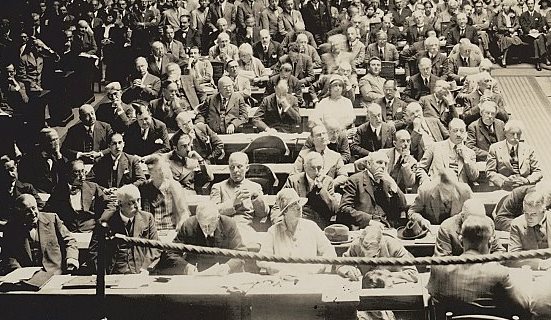 Detail from Tenth assembly League of Nations in Hall of the Reformation, Geneva, 1929 [picture]: Australian delegation on Lq/t front. From the Papers of Henrietta Drake-Brockman, 1882-1975 [manuscript], MS 1634

The Library holds several manuscript collections related to the League of Nations. These can be requested through the Catalogue and viewed in the Special Collections Reading Room. Papers include:

You can access JSTOR offsite by visiting our eResources portal and searching for this resource under the Browse eResources tab. Journal titles within JSTOR include:

A good source of contemporary material on the League of Nations is through newspaper articles. Many historical newspapers can be searched online.

Australian digitised newspapers are available through Trove. Some public lists have been made by Trove users, such as
The Peace

A range of historical newspapers from Great Britain can be found through our subscription eResource Gale News Vault. This database can be accessed offsite by registered Library card holders - simply visit our eResources portal and search for this resource under the Browse eResources tab.

Henry Lawson on the League 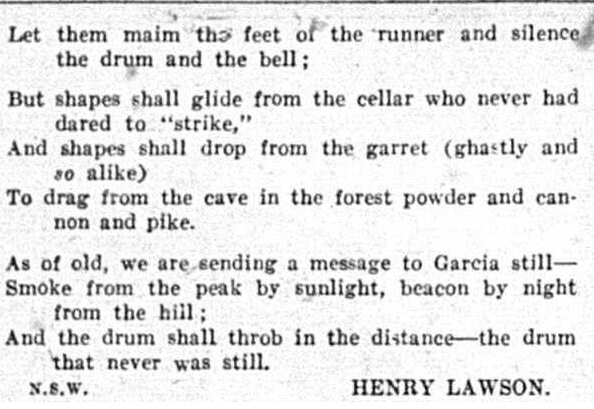 The Edith Trilogy is a Frank Moorhouse series using the rise and fall of the League of Nations as a background to the story.

The third title in the trilogy, Cold Light, is set in Canberra after the collapse of the League.

UNOG - The United Nations Office at Geneva Library and Archives

The League of Nations Museum

The League of Nations Photo Archive