Another major collection held at the National Library is 20th century popular music published in Australia. These works can be found in the catalogue using a general music search, or you could search for specific collections like the Symphony Australia Showbands collection (which includes scores used by the ABC dance bands and light orchestras for performances on radio and television). These works indicate what Australians were playing, listening to, dancing to or singing in the 20th century. They are often illustrated with photographs of popular Australian singers, performers or bandleaders of the day.

The Archive contains approximately 3,800 scores and parts (both as manuscripts and as reproductions) by Australian composers represented by AMC. Most of the materials have composition dates or performance dates spanning from 1940-1980. These works are all catalogued by the composer’s name, with their works listed collectively in the record.

This collection of 3,000 items covers seven decades of Australian musical history. The collection includes scores and performance parts across many genres of music, including orchestral, chamber, choral, operatic, piano and vocal works by Australian composers and arrangers.

These scores and parts, replete with composers' and performers' interpretive markings, scribbling, drawings and notes represent the performance materials used by the ABC's orchestras and ensembles. The majority of the works are original manuscripts, written in the composers' and copyists' hand, with some published works and photocopies. 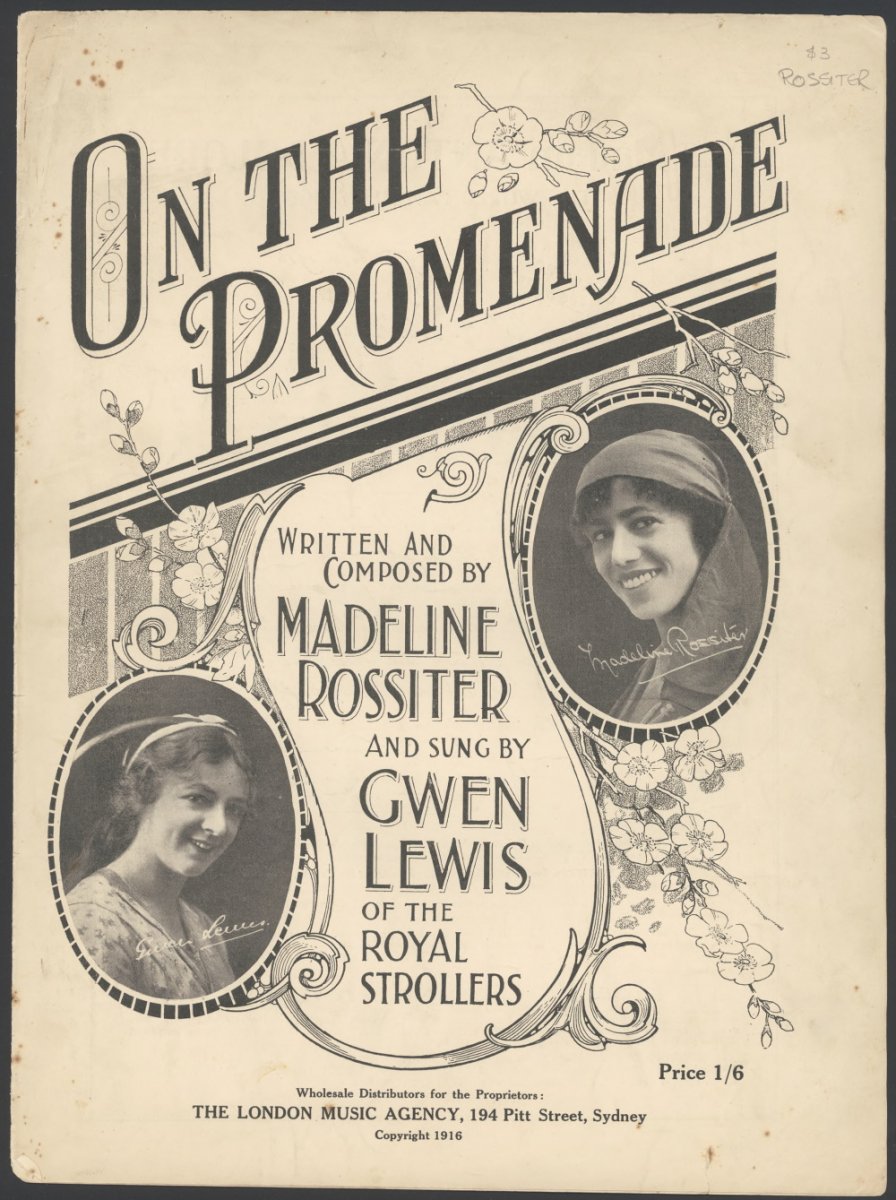 On the promenade [music]: song / written and composed by Madeline Rossiter (1916)