The Library has an immense collection of 19th century music published in Australia. It provides a snapshot of what colonial Australians were singing or dancing to with the earliest music by Isaac Nathan dating to the 1830s.

The collection includes songs celebrating explorer Leichhardt’s return, transcriptions of Indigenous Australian melodies, early attempts at a national anthem, celebrations of buildings, places or expositions; by such publishers as F. Ellard, Henry Marsh, Francis Cunninghame and John Degotardi. Many have beautiful covers showing what localities such as Rose Bay looked like at the time.

The collection comprises of research (including photocopies and original works of early Australian music) undertaken by Richard Divall and others for the ABC Musica Australis radio and concert series in the late 1960s - early 1970s.

The Helm collection contains 18th and 19th century European and English vocal and instrumental music (such as piano, symphonies, choral, operas and songs) including music manuscripts and pictorial title pages. The collection also includes works which would have been known or played by colonial Australians, such as 18th century Scottish fiddle tunes and 18th century British vocal music. One of the highlights is The bonnie woods of Craigie-Lea, which was the basis of Waltzing Matilda. 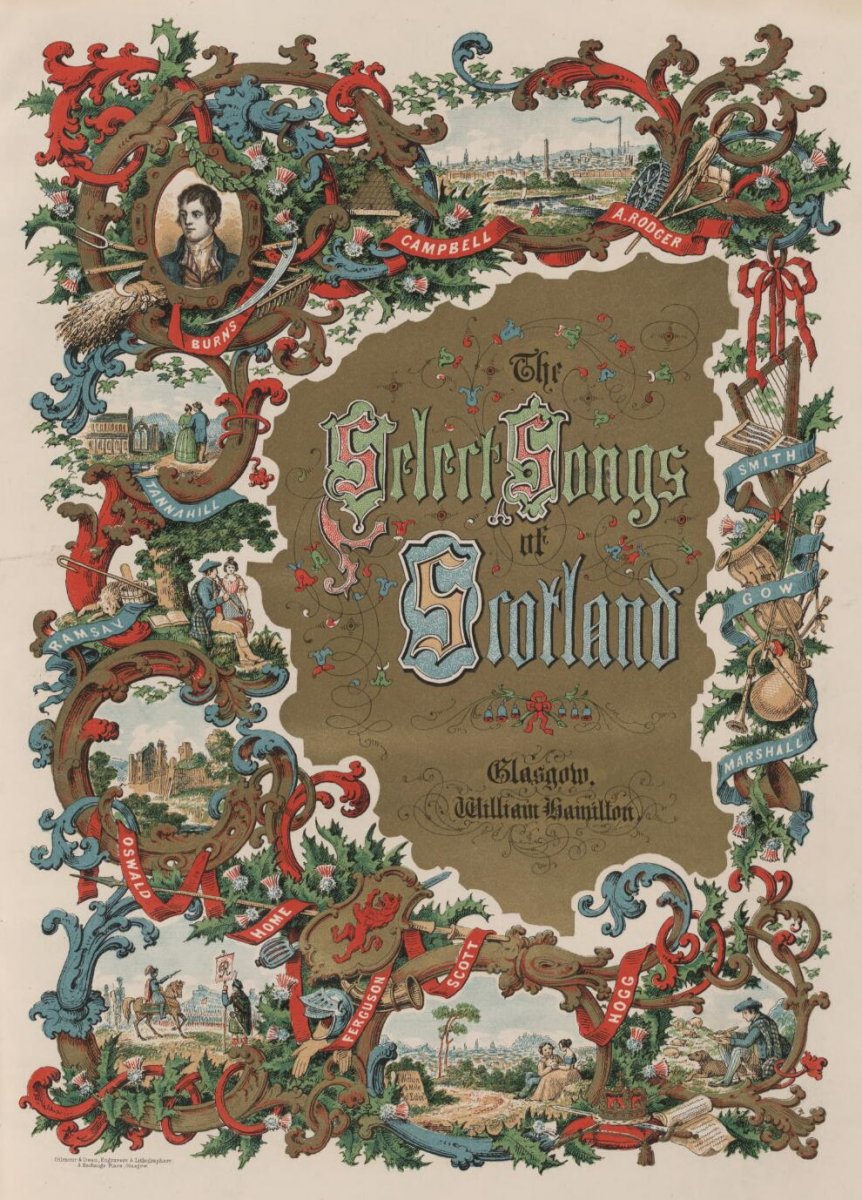 The select songs of Scotland with the melodies to which they are sung, arranged with accompaniments and introductory and concluding symphonies for the pianoforte, with an appendix consisting of notices, historical, biographical, and critical, of the songs and airs contained in the work. (1873)