In the Newspapers and Family History zone a selected collection of reference items are available on open access. A number of these reference titles are related to shipping and immigration and have call numbers such as:

Information about ship's arrivals and departures, lists of passengers, ship's cargo and descriptions of voyages can often be found in the digitised Australian historic newspapers in TROVE. 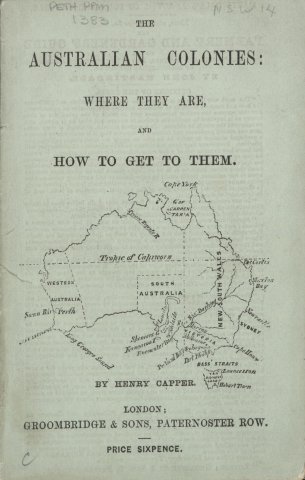 Capper, Henry.  The Australian colonies : where they are and how to get to them / by Henry Capper  Groombridge and Sons London  1855 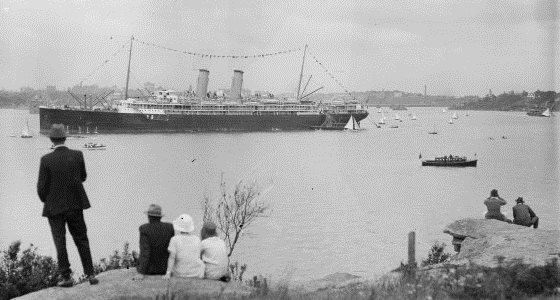 Prior to 1924 the administration and recording of shipping and passenger arrivals was the responsibility of each Australian Colony or State. The surviving original records are now held in each respective State Archives or Public Records Office. The Library either holds copies of these records or provides access to them. After 1924 immigration became the responsibility of the Commonwealth Government and as a result all subsequent records relating to immigration and naturalisation now are held and are available through the National Archives of Australia.

Many indexes and an increasing number of digitized passenger lists are now available online and can be accessed through the Library's subscription databases or networked resources. Many passenger lists held by the Library are on microfilm or microfiche and are located in the Newspapers and Family History zone of the Main Reading Room.

Names can appear on passenger lists in varying forms.  Some lists provide the full names of each passenger whereas other lists may simply state a surname, with or without an initial, or with title such as Mr or Mrs only.  The names of children may be listed in full or merely as a number of persons accompanying their parents. Steerage passengers may not be named with only the total number of persons provided.

Once you have found a possible immigrant on a passenger index, note down all the details given and the title of the resource indexed. A copy of the original passenger list may be held by the Library and listed in this guide.

What information will I find?

Passenger lists contain varying amounts of information depending on the type of travel and the time period. Early passenger lists may have scant detail recorded.

Information on unassisted passenger lists can vary from just a name; to include name, age, occupation and nationality.  The port of embarkation and disembarkation are sometimes also noted.

Information on assisted passenger lists can be more comprehensive and may, in addition to the above, also contain native place, parents' names and relations in the colony.

What do I need before I start research? 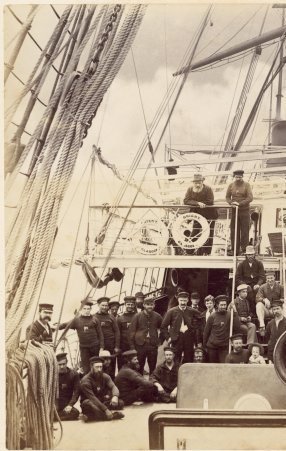 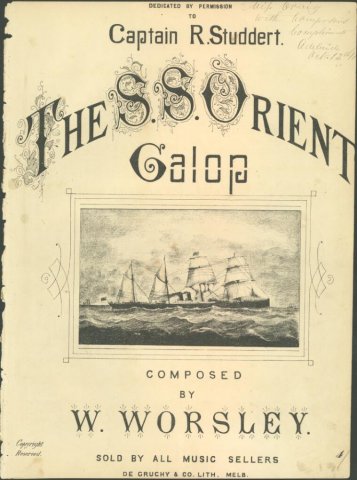