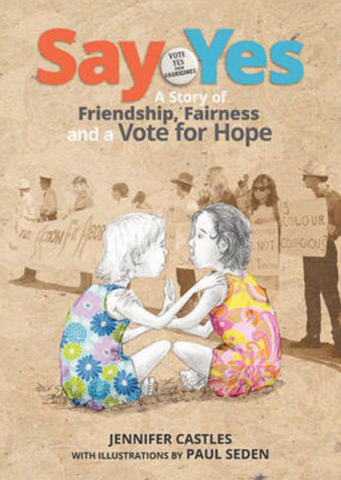 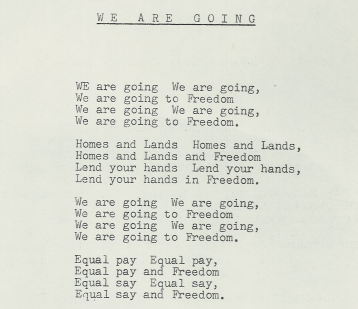 Gary Shearston, extract of the poem We Are Going (to freedom) adapted from We are Going by Oodgeroo Noonuccal for the 1967 Referendum from the Papers of Charles Perkins, 1956-1993 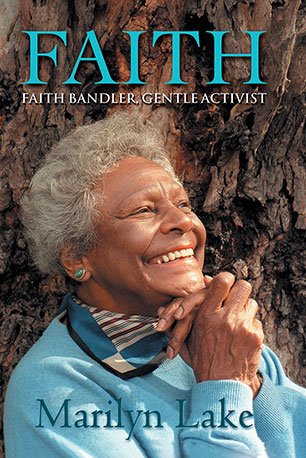 The 1967 Referendum was a symbolic, watershed moment in the Aboriginal and Torres Strait Islander rights movement. The campaign had shone a light on the living conditions and the discrimination faced by Indigenous Australians. There was little immediate change as policy relating to Indigenous Australians were still primarily administered by the states. It was not until the Whitlam Government (1972-1975) that the Commonwealth took an active role in Indigenous affairs through a policiy of self-determinism.

Not everyone believed that the 1967 Referendum had any impact on the lives of Indigenous Australian:

“Looking back, the only major improvement has been the 93% ‘Yes’ vote of the referendum of May 1967; but this improvement did not benefit the black Australians though it eased the guilty conscience of White Australians in this country and overseas."

The Closing the Gap campaign is an initiative of the Department of Prime Minister and Cabinet which aims to ultimately eliminate disparity between Indigenous and non-Indigenous Australians across health, mortality rates, living conditions, employment, education, income, and rates of incarceration. The initiatives of the Closing the Gap campaign can be seen as a direct result of the successful referendum, which allowed the Commonwealth the power to make laws for Aboriginal and Torres Strait Islander people.

Twenty-five years after the 1967 Referendum, Native Title recognised the ownership and connection of Indigenous Australians to their traditional lands. In 1982 Edward Koiki Mabo (1936-1992) of Mer (Murray) Island in the Torres Strait, James Rice and David Passi commenced proceedings in the High Court against Queensland and the Commonwealth. They sought a declaration that the annexation of Murray Island by Queensland in 1879 had not extinguished native title in respect of its lands and waters. In 1988 the High Court ruled in Mabo (No. 1) that the Act was invalid, as it was inconsistent with the 1975 Racial Discrimination Act. In 1992, by a majority of 6:1, the High Court of Australia held that the Meriam people were entitled to the full ownership, occupation and use of Murray Island.

The 50th anniversary of the 1967 Referendum, has seen a movement towards Constitutional Recognition of Aboriginal and Torres Strait Islander people and to remove sections of the Constitution which empower the Government to make laws for any group of people based on their race. You can read more about the campaign for Constitutional recognition on the Australian Human Rights Commission website, on the website of the National Indigenous Australians Agency, or on the website of lobby group Recognise.

Chains or change [picture] : National Aborigines Day 8th July 1977 / issued by the National Aborigines' Day Observance Committee [Sydney : National Aborigines' Day Observance Committee, 1977]
A red, black, yellow and white poster designed to appear like the Aboriginal Australian flag. The yellow circle at the centre of the poster features the face of an Indigenous man wearing a chain around his neck, and is enclosed by a large white question mark. At footer of poster: "1967: Referendum. 1977: where is justice - land - compensation - dignity? Queensland discriminatory acts still exist. U.N year to end discrimination."

1967 - 1997 the people's movement towards reconciliation : by Eubena Nampitjin [Melbourne : Council for Aboriginal Reconciliation, 1997].
A poster reproducing a painting by Indigenous artist Eubena Nampitjun, which features pinks, reds, oranges and yellows in a dot style. Painting is set against a pale green background with a calendar for 1997 running down the left side. Titles at foot. Caption title states: "Thirty years ago, Australians came together to support an historic referendum on Indigenous rights. In 1997, we are coming together for the Australian Reconciliation Convention".
Celebrating the 30th anniversary of the 1967 referendum, NAIDOC Week 6-13 July 1997 [picture] / Eleanor Binge [Canberra: National Aborigines and Islanders Day Observance Committee, 1997].
NAIDOC celebrations are held around Australia in the first full week in July to celebrate the history, culture and achievements of Indigenous Australians. NAIDOC originally stood for National Aborigines and Islanders Day Observance Committee. This committee was once responsible for organising national activities during NAIDOC Week, and its acronym has become the name of the week itself.
Bring learning to life at the Royal Botanic Gardens, Sydney, Mount Annan Botanic Garden and Mount Tomah Botanic Garden [Sydney : Botanic Gardens Trust, 2007 , ©2007]
Poster promoting educational excursions for children from 5 to 12 years. Features a photograph of nine children in school uniforms, standing amongst native flora. "Join us in acknowledging and reflecting on the 50th anniversary of NAIDOC -'Looking Forward, Looking Blak', the 40th anniversary of the 1967 Referendum that allowed Australian Aboriginals to be recognised as citizens in their own country and the 10th anniversary of 'Bringing Them Home.' appears at the foot.

The Mabo Collection
The two Mabo collections held in the National Library are an extraordinary record of one of the most important and controversial legal cases in Australian history and of the life of the man who is chiefly associated with the case. Their significance was recognised when, together with the Endeavour journal of James Cook, they were the first Australian collections to be placed on UNESCO’s Memory of the World register in 2001.
The Library purchased the personal papers of Edward Koiki Mabo from his wife, Bonita Mabo, in 1995 and 2002. The papers relating to the Mabo Case were donated in 2000 by Bryan Keon-Cohen, one of the barristers acting for the plaintiffs. Keon-Cohen donated his personal and legal papers to the Library in 2003 and 2005, these primarily mostly relate to later Native Title cases, such as the Wik and Yorta Yorta cases.
Tags: Indigenous Australia 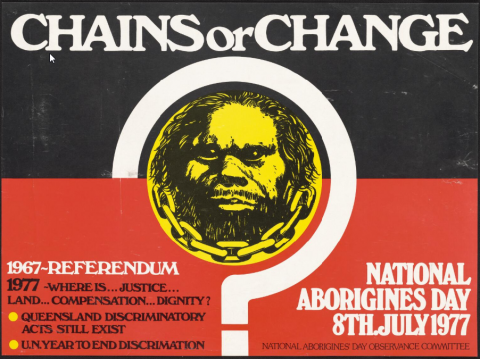 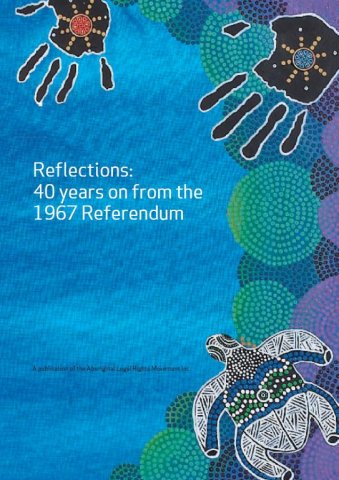 Most of our manuscript material are held in boxes such as this one. There are over 11,500 individual collections held in the Library, waiting to be discovered.