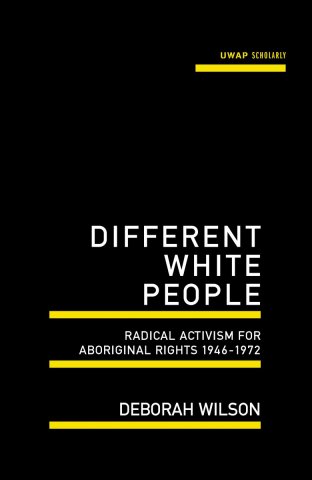 EXHIBITIONS FROM OTHER COLLECTIONS

Find articles about the 1967 Referendum, such as this one about Faith Bandler written by Kay Keavney, in the Australian Women's Weekly on Trove

The Australian Constitution was approved in a series of referendums held between 1898 and 1900 by each colony of Australia. The Commonwealth was officially formed on 1 January 1901, however, the constitution deliberately excluded Indigenous people from Australian census counts. In addition all laws relating to Indigenous people were to be in the hands of governments of each state.

Commonwealth of Australia Constitution held in the Papers of Sir Edmund Barton 1827-1940 MS 51.

This would prove to be a major impediment to the advancement of Indigenous people. Many states enacted paternalistic laws that were to prove harmful to Indigenous people, policies ranged from segregation to assimilation. It has been widely acknowledged that Government policies relating to the removal of children were particularly traumatic.

The Day Of Mourning protest was organised in 1938 on the 150th anniversary of the arrival of the First Fleet. It was organised by the Aboriginal Progressive Association (APA) in response to celebrations at the time. The APA would continue to campaign on the issue of Indigenous rights for many years.

You can find items published by the Aborigines Progressive Association in our catalogue, including:

Further information about the Day of Mourning can also be found on the AIATSIS website.

The AIATSIS 50th anniversary exhibition contains a list of students who travelled on the Ride and a list of towns visited.

On International Labour Day 1946, Indigenous station workers and their families from the Pilbara Region stopped work on more than 20 pastoral properties protesting to their work conditions from their white-owned station managers. On the 23rd of August 1966, the Wave-Hill station in the Northern Territory saw more than 200 Indigenous pastoral workers (mostly Gurindji people) walk off, protesting the oppressive working conditions.

The National Archives have published an information sheet on the Wave Hill 'walk off'.  The National Library also holds audio of strikers recorded by Frank Hardy in 1967.

MS 8256 - Papers of Gordon Bryant MP 1917-1991, Box 175
Contains correspondence, pamphlets, reports in which Gordon was heavily involved including serving as President of the Aborigines Advancement League, Victoria and later, Vice President of FAACTSI.

MS Acc14.068 - Papers of John Kempster 1959-1968 Box 3
Contains the papers of Dr. John Kempster and his involvement in various organisations for the advancement of Aboriginal Australians civil rights in the lead up to the 1967 Referendum.

Peter Rice interviewed by Ann-Mari Jordens in the Bringing them home oral history project
Rice was employed as a social worker with the Department of Aboriginal Affairs (DAA) over the period 1962-67. As part of his interview, Peter Rice discusses his particular role at meetings of state directors and Ministers for Aboriginal Affairs in preparation for the 1967 Referendum.

Shirley Andrews interviewed by Wendy Lowenstein in the Communists and the Left in the arts and community oral history project
Shirley Andrews, former biochemist and folk dance teacher, describes her involvement in Indigenous activism, resistance to Indigenous rights movements, particularly in regional Australia. Shirley also speaks of collecting signatures for a petitition demanding the Federal Government count Indigenous people in the census, as a precursor to the 1967 Referendum.

Interview with Estelle Bertossi, former social and political activist interviewed by Alex Hood with Annette Hood
Estelle Bertossi, a social and political activist and friend of John Manifold and The Bandicoots (Musical group) discusses her experiences with Indigenous issues throughout the 1960s in Queensland, including Queensland's Aboriginal's Preservation and Protection Act (1939); her interest in preserving traditional Indigenous songs, music and dance and her involvement in left-wing movements in Brisbane.

Jack Horner and Jean Horner interviewed by Steven Guth in the Bringing them home oral history project
Jack and Jean are non-Indigenous activists who have campaigned for Indigenous Civil Rights. In this interview with Steven Guth, both Jack and Jean talk about their work with the Federal Council for the Advancement of Aborigines and Torres Strait Islanders from 1958 onwards.

The Library maintains a collection of subject based press clipping files. Press clippings are articles cut out from newspapers and stored in a folder with other articles on the same or similar topic. To request articles, please speak to staff at the desk in the Newspapers and Family History Zone. To request information about the contents of a specific file, please submit an Ask a Librarian enquiry.

Aboriginal Australians - Population 1935-1987
This folder contains articles regarding population counts of Indigenous people taken as part of various censuses, including earlier reports of population counts prior to 1967. 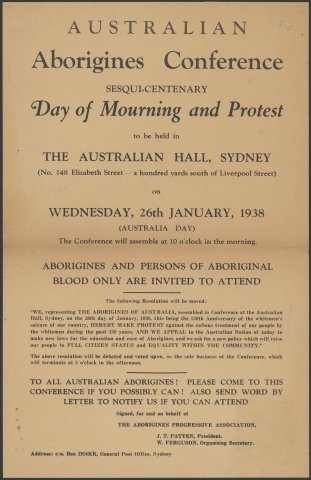 Many of the Library's Oral History interviews can be freely accessed and listened to online via the catalogue. 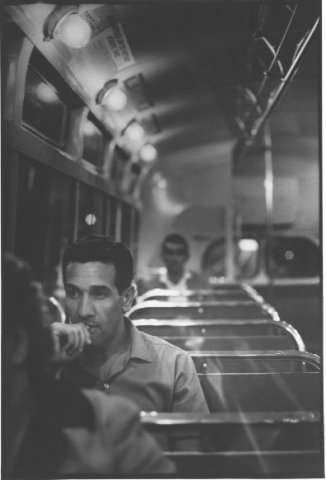