The Maps team is responsible for the acquisition, management and accessibility of the Library’s printed and digital maps, aerial photography and other cartographic materials.

We have had many exciting opportunities to engage with researchers, cartographers, spatial scientists, artists, government agencies, collectors and libraries, you name it – we are there. We have been involved in some wonderful exhibitions and events in recent years, including ‘Mapping our World: Terra Incognita to Australia’ in 2014, and ‘Cook and the Pacific’ in 2018-19, bringing to Australia some of the world’s most famous maps. The ‘Mapping our World’ exhibition in particular demonstrated how much people enjoy maps, and we’ve put a lot of energy into getting the Library’s great collection online to be used and enjoyed by everyone.

Here’s a quick gander at the team behind the Maps collection:

Martin has been Curator of Maps for the past 15 years, and is currently Senior Curator of Maps & Research Programs. In both roles, it has been a real opportunity to engage with the broader community. In his spare time he runs the Australian and New Zealand Map Society, which has been enabling seminars and conferences on historical and contemporary uses of mapping for over 40 years. This September at the National Library, ANZMapS is hosting a two day mini-conference ‘Mapping in Action’, giving students the opportunity to talk about their current work with maps, geospatial visualisation and more. 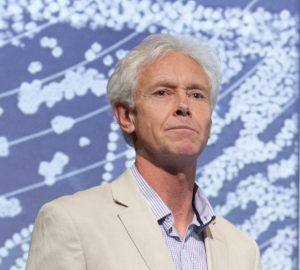 Martin at a conference.

Brendan has found an outlet for his academic and cartographic interests in South/Southeast Asia through the ongoing acquisition, curation and digitisation of the Library’s extensive holdings of overseas mapping. All our mapping of the Pacific, and much of that for insular SE Asia, is now catalogued and all of our out of  copyright maps are digitised (and available for online viewing and free high-resolution download). It is very gratifying that scholars and government officials from these countries are now able to access our catalogue records and images. We are nearing the completion of maps of Indonesia and PNG online, and then hope to move on to mainland SE Asia and South Asia. 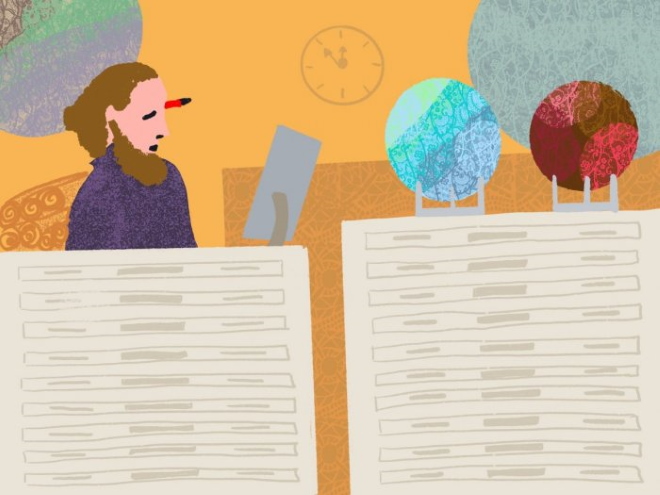 Brendan, from the upcoming book Hush! Secrets of the National Library by Slobodanka (Bobby) Graham.

Planetary orbiter Gem finds her solace in Maps. Her hobbies include exploring nature by foot, or on two wheels. Gemma’s role in the Maps team includes collection description and reference. What she loves most about Maps is that they can take you places you wouldn’t think to go, and express ideas about the world. Everything you see on a map is visually organised and arranged, shows relationships, and connects places and observations in time. She thinks maps play an important role in visual literacy.

Gemma after having flown over Canberra (left) and a picture taken from the sky of the shiny copper hat of the NLA (right).

Quentin: for her, the ring of the doorbell is the start of a longer journey through Maps. Quentin’s a key part of the Maps service - she links clients to the most relevant maps for their research. She describes herself as the "hot desk for 101 maps information". Though she is quite the map expert, there are days where Quentin gets lost in Egypt and mixes up Devon UK with Devon Tasmania. Her mantra is “Don’t panic, be welcoming and somewhere in co-operation we’ll find the answer”. 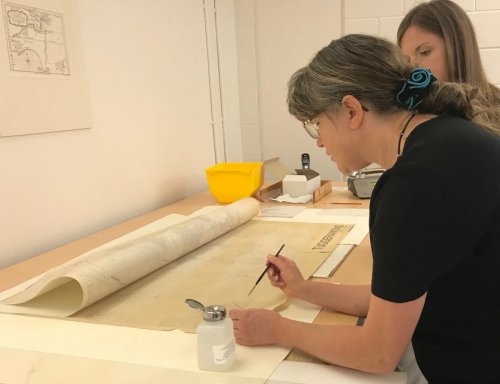 Susie has been immersed in the Maps Formed Collections for about 2 years now. There are over 80 of these collections, of varying sizes, and they were assembled by various characters – architects, geographers, anthropologists and colonial administrators among them. The Library now cares for them. In describing and preparing the collections for digitisation Susie finds all kinds of interesting biographical tales, some expected, some surprising. 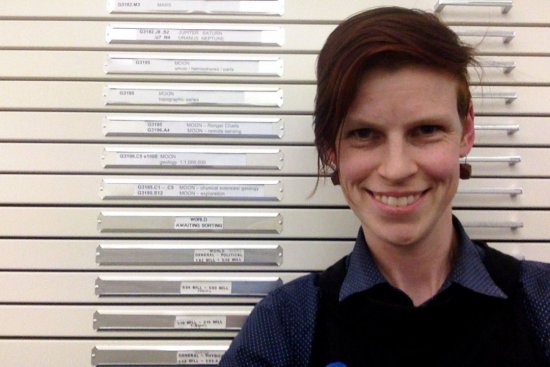 Rhys first got a taste for maps in 2010 when he set out on shank’s mare to cross Bodmin Moor in Cornwall, UK. Hours were spent poring over the Ordnance Survey in preparation to navigate the bogs and to find a suitable campsite on Hawks Tor. Much to his dismay, no smugglers' loot was discovered during this adventure. Now safely indoors, Rhys is the Australian Maps project officer, charged with digitising Australian series maps and releasing all maps that are out of copyright on Trove.

Rhys the wanderer (left) and mapping out the boggy journey from Jamaica Inn to Bodmin (right).

Amy joined the team in June and has taken on a variety of tasks, including describing a Formed Collection. Recently, she explored the Maps collection in her quest to solve a bushwalking mystery. Out near Tallong NSW, she found an old structure on top of a hill which she thought was a trig station. Wanting to be proved right, she decided to find a parish map of the area in hopes it would appear there. Turns out it was called the “Twin Trig Station” with the added bonus of possibly finding out the name given to that hill; “The Sugarloaf”. This experience has re-enforced the power of maps.

Parish of Wingello, County of Camden / compiled, drawn and printed at the Department of Lands, Sydney https://nla.gov.au/nla.obj-233307538/view (left) and the mysterious Twin Trig Station (right).

Carolyn joined the Maps team in September 2019 and is assisting to develop a finding aid for maps collected by Evan Richard Stanley, the first Government Geologist for Papua. Not knowing much about maps, Papua New Guinea or matters digital, she was relieved to land in a most welcoming and helpful team environment. She is finding the Stanley collection of maps fascinating; rich with history, culture and voices. It’s sombre and fun by turns – for instance, what were those observation spots for? 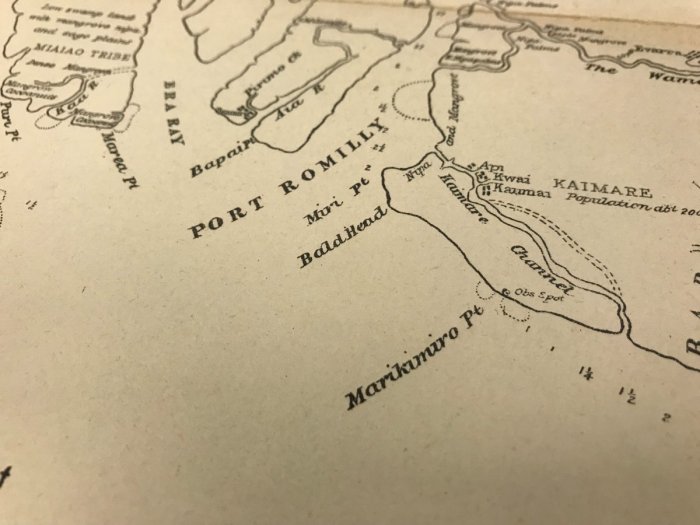 Are you interested in starting your own journey with Maps? Our research guides about Australian Topographic Maps, Overseas Series Mapping and Aerial Photographs can help get you started. If you have any questions, you can contact us via Ask a Librarian or email us directly at maps@nla.gov.au.