Joint Operations Graphics (JOGs) are a series of maps produced jointly by various publishers around the world. JOGs are produced in both ground and air versions to assist navigation in joint military operations. The series depicted in the index below consists of thousands of sheets covering the surface of the globe, of which the Library holds the majority of sheets that are publicly available. 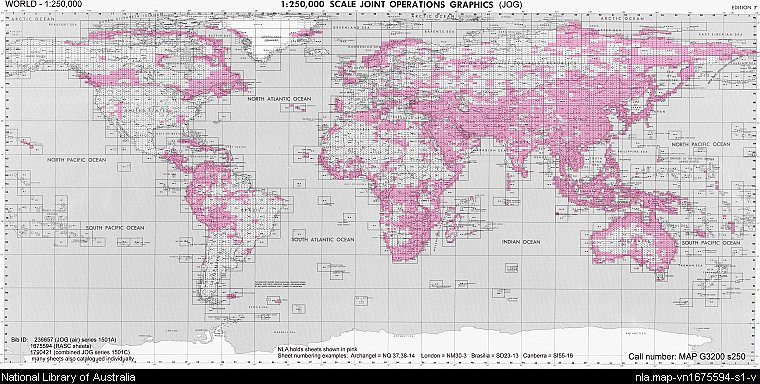