About half of the Library’s overseas map series are uncatalogued. The Special Collections Reading Room has half a dozen ringbinders containing index maps to many (but not all) of the catalogued and uncatalogued series, arranged by planet, continent and country.

For catalogued series, these are identical to the index attached to the online record, and requests can be made through the online catalogue.

For uncatalogued series, these indexes will become available online once the series is catalogued, but meanwhile requests can still be made using a paper call slip. Please see staff for assistance in requesting uncatalogued series maps, or Ask a Librarian.

As of late 2014, indexes are available (online or in the ringbinders) for all series of:

Indexes are available for some but not all map series of:

If you cannot find the map series you want in either our online catalogue or in the ringbinders, we may still have it. Please contact Maps Staff via Ask a Librarian. 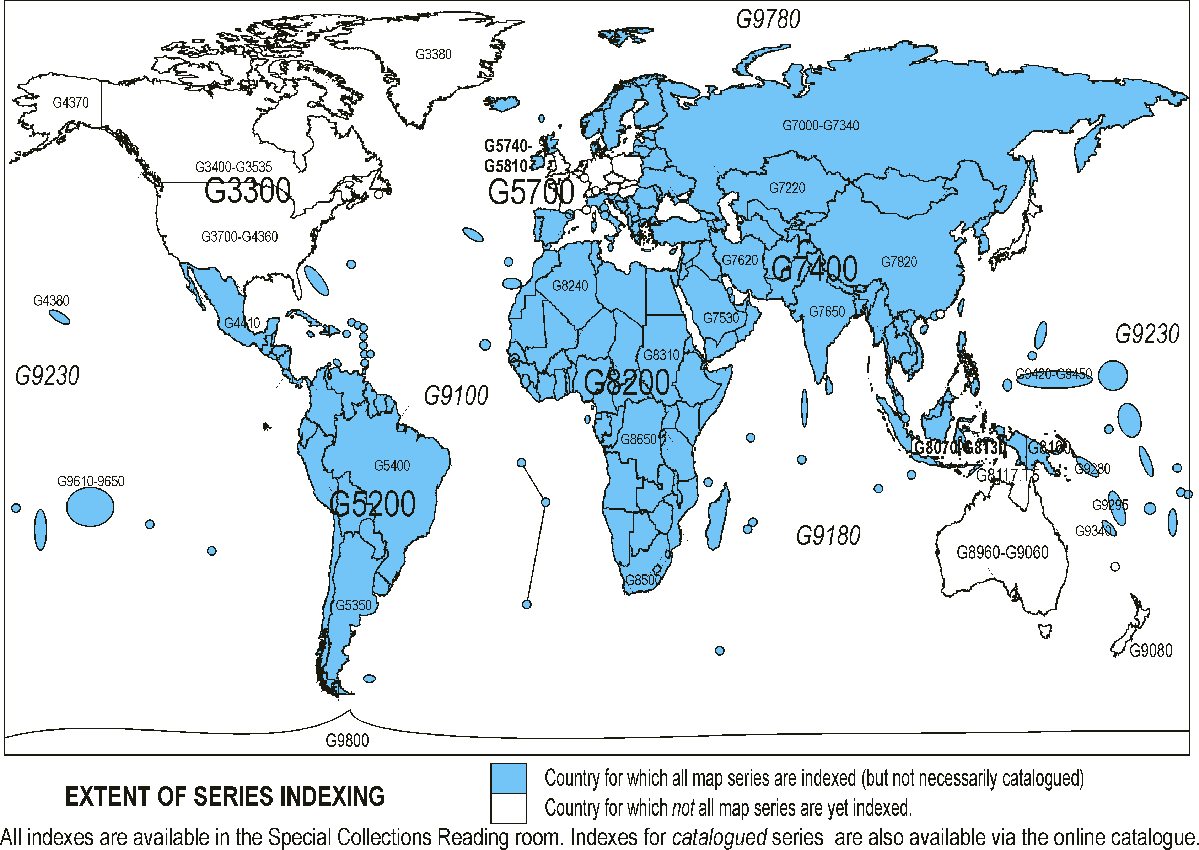