This map is attributed to Francis Fowkes, an active artist in the new settlement at Sydney Cove from 1788 to 1800. Fowkes, a former midshipman, was sentenced to transportation for stealing a coat and boots. This is a copy of the drawing that, when it was returned to Britain with the First Fleet ships in 1789, became the first published map of Port Jackson. Fowkes optimistically depicts a governor’s mansion and flourishing farm, yet no such building existed at the time and starvation threatened the fledgling colony. 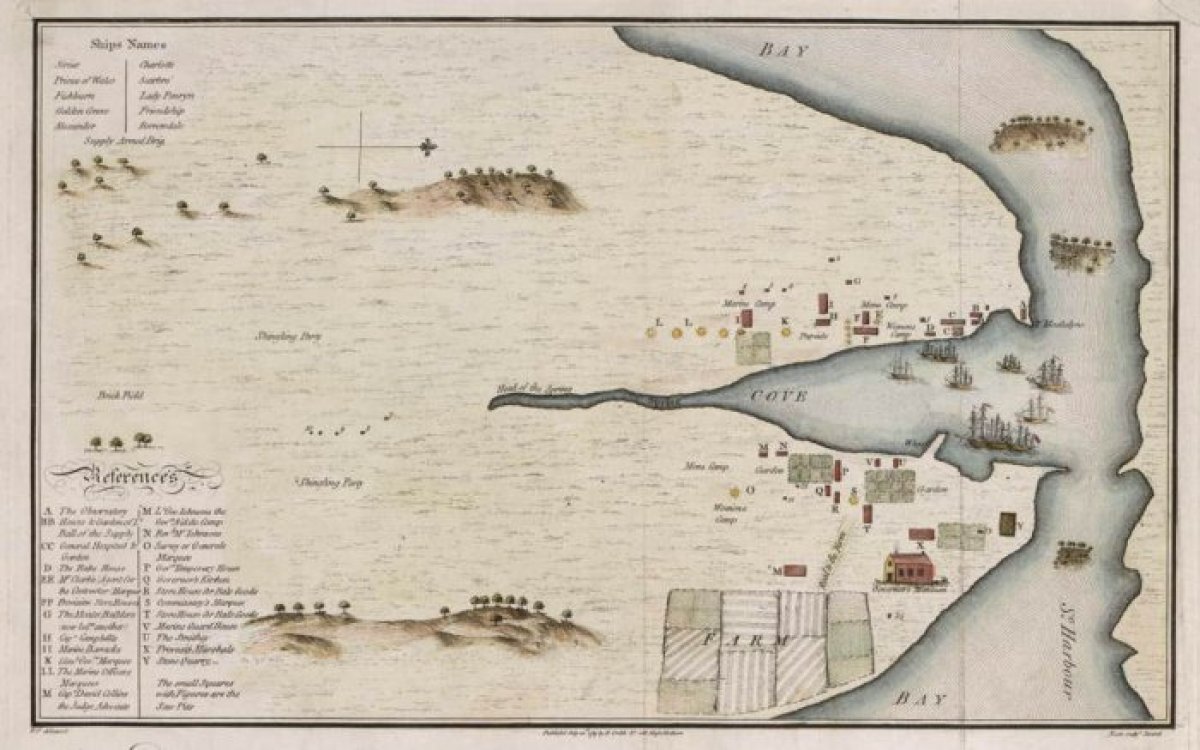 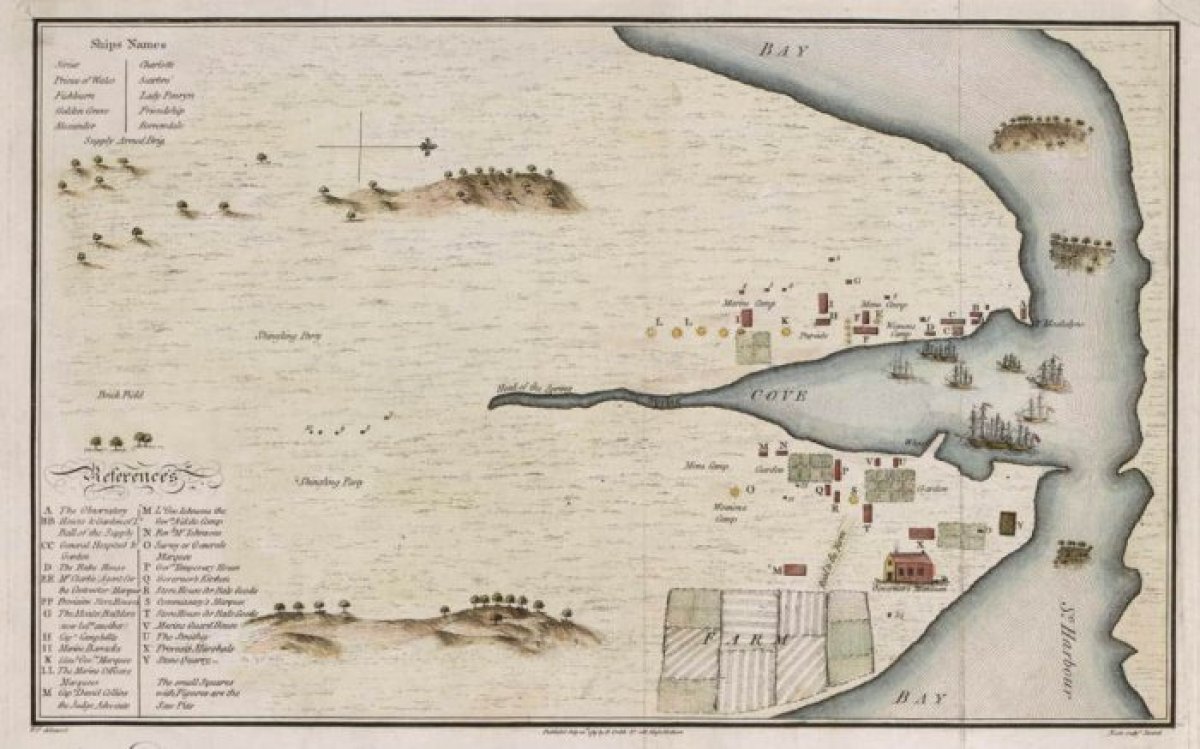 1. Share the source with your students and encourage them to analyse the map, taking particular care to find the information conveyed in the title and references. Familiarise your students with the meaning and context of words used in the references section (e.g. marquee, smithy, observatory).

Use this information to brainstorm some of the tasks that needed to be done to establish the new settlement following the First Fleet’s arrival in Sydney Cove.

Ask your students to take on the role of one person living at the settlement during the first months after the arrival of the First Fleet; for example, Commander, blacksmith, doctor or convict. Referring to the map, students should write a diary entry that shows what their selected person may have done in a day; for example, where they went, how they got there, the tasks they performed, and who they saw. 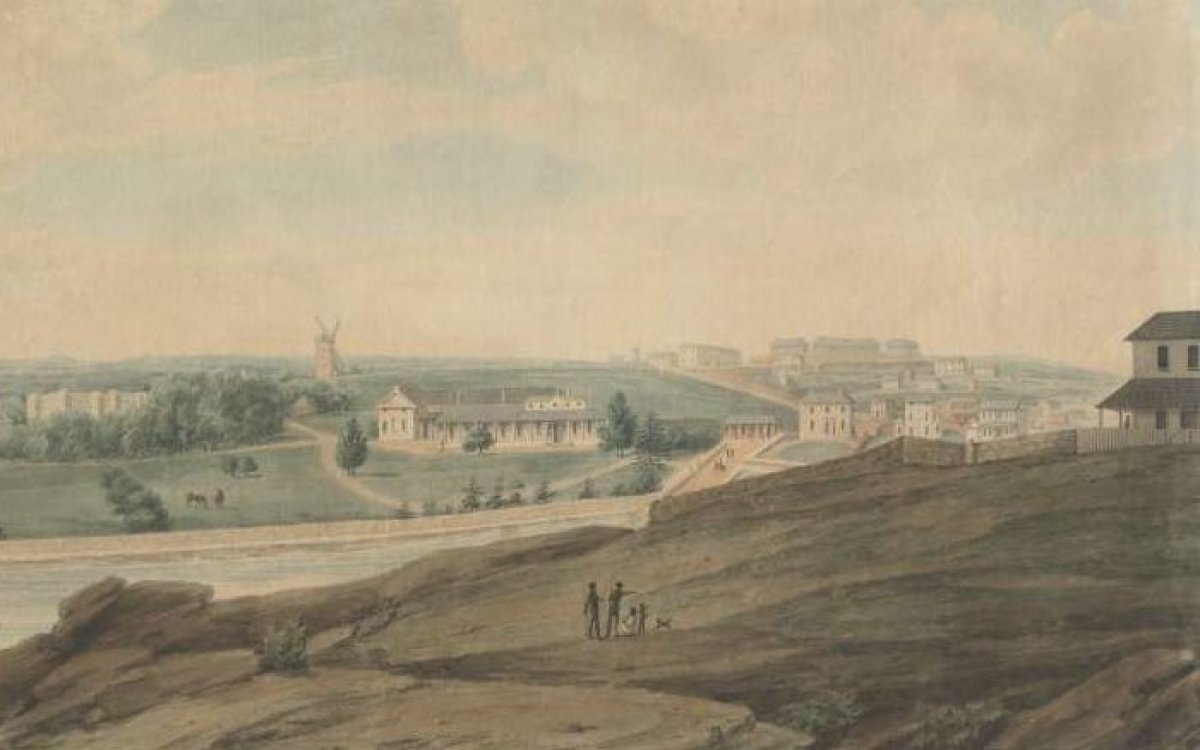 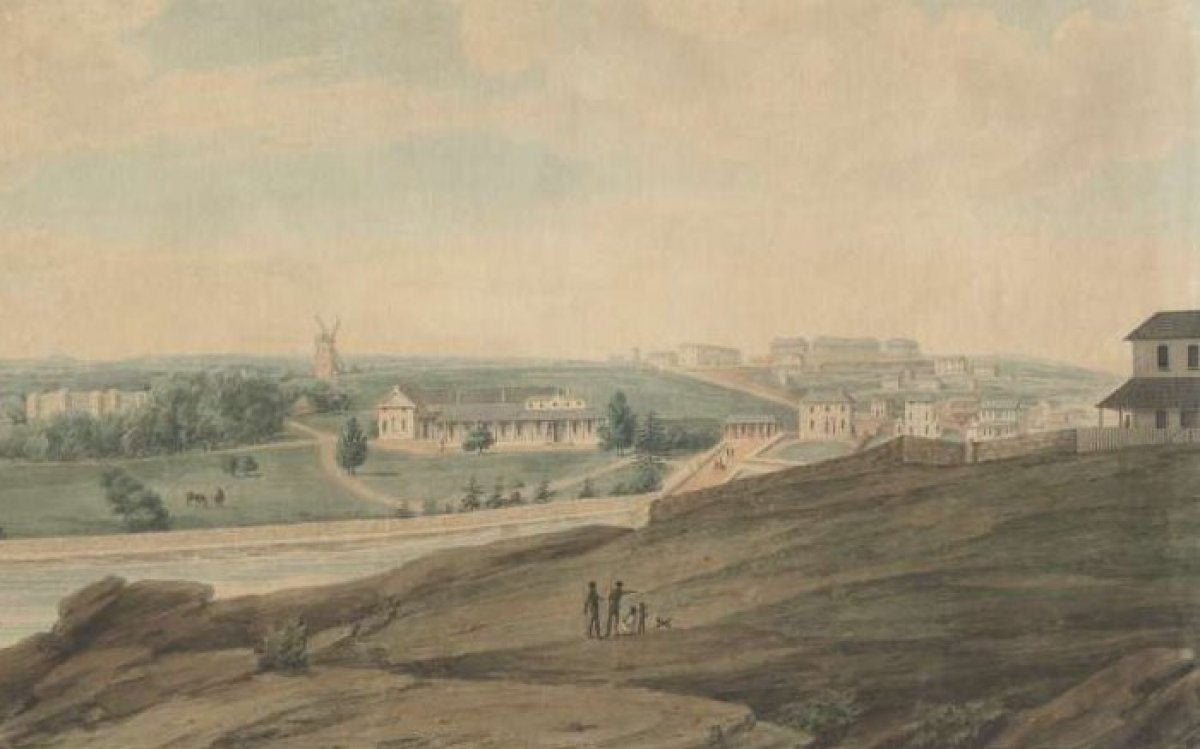 Invite students to compare the 1788 sketch of Sydney Cove to Richard Read’s painting (painted in about 1820). As a class, discuss the changes that occurred at Sydney Cove during the early years of European settlement.

Other Treasures sources that relate to the concepts explored in this source include: First Fleet, Strange creatures