Joseph Lycett (c. 1775–1828) came to Australia as a convict after being sentenced to transportation for the forgery of pound notes. Unlike most early colonial artists, who were interested in painting the flora and fauna of the new colony, Lycett painted the rituals and customs of the Indigenous people. For his nineteenth-century audience, who were more used to looking at attractive pictures of the plants and animals of the colony, Lycett’s paintings were difficult to interpret and appreciate.

The watercolours in Lycett’s album, Original Drawings of the Natives and Scenery of Van Diemen’s Land, 1830 offer a fascinating window onto the life and activities of the Awabakal people of the Newcastle area.

Unfortunately, when the album was bound, an error was made in the title page and the ‘natives and scenery’ of the title are said to be from Van Diemen’s Land, painted in 1830. In fact, Lycett is not thought to ever have visited Tasmania and his watercolours are known to have been painted around 1820. 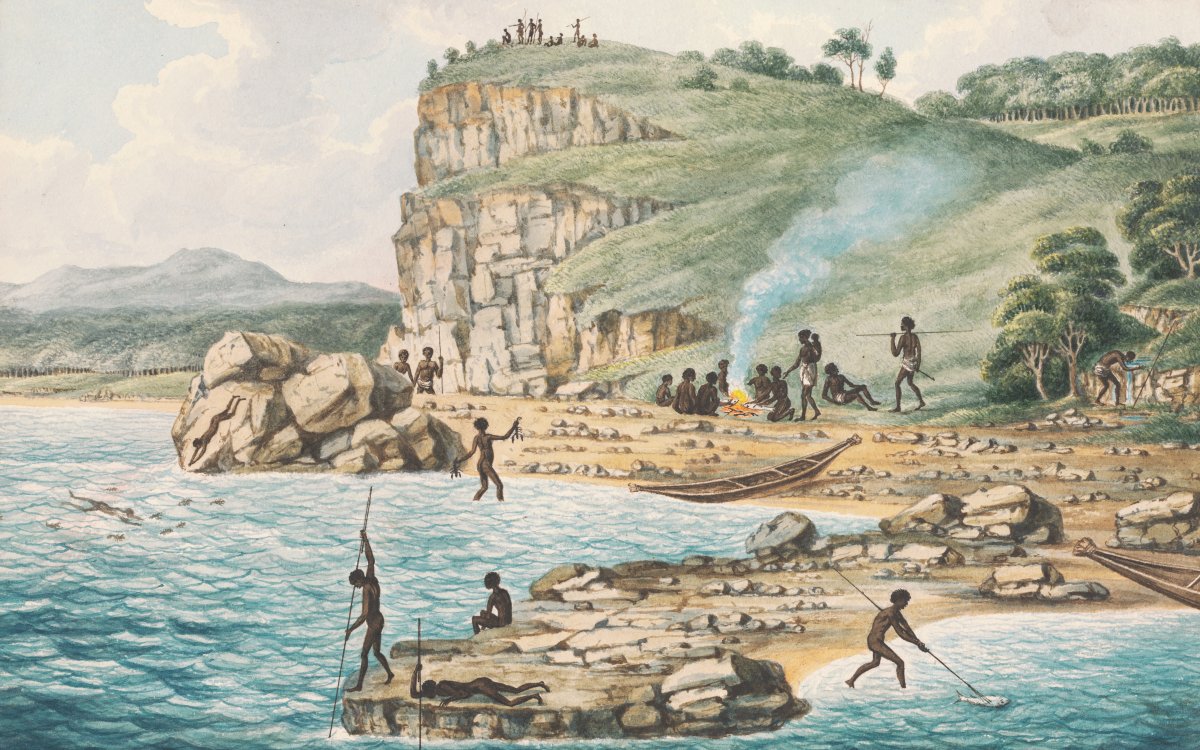 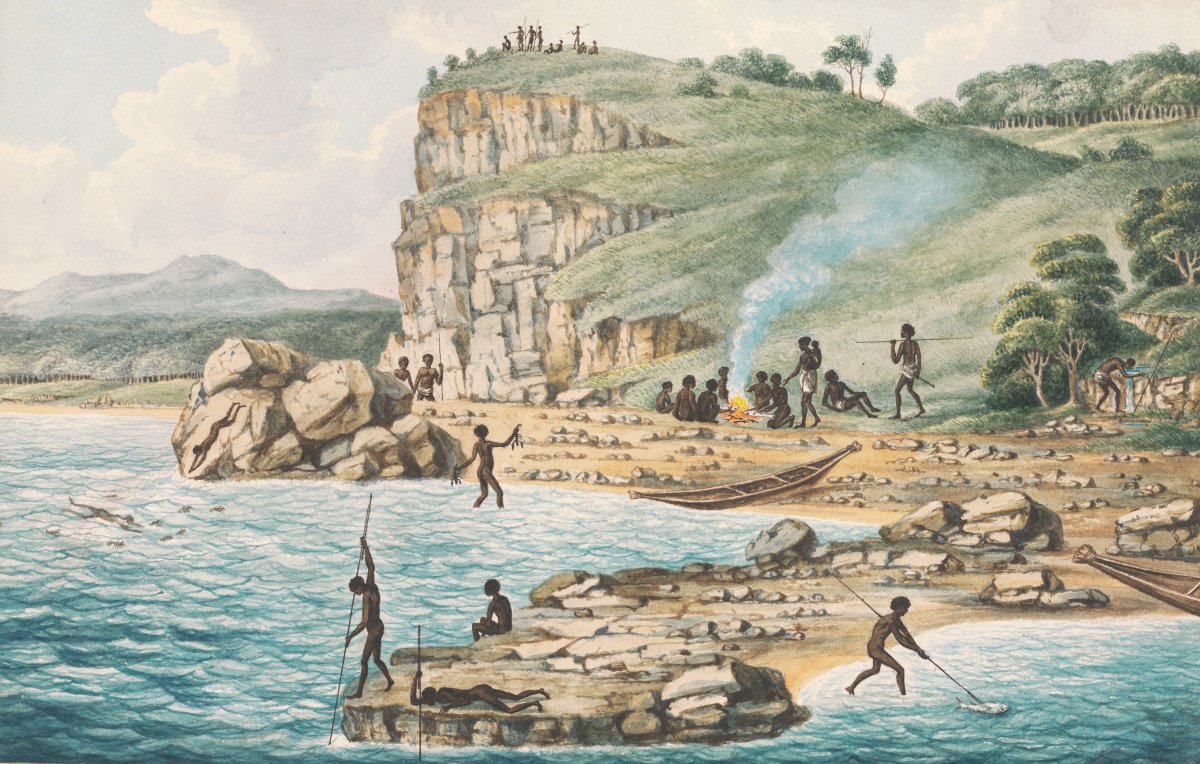 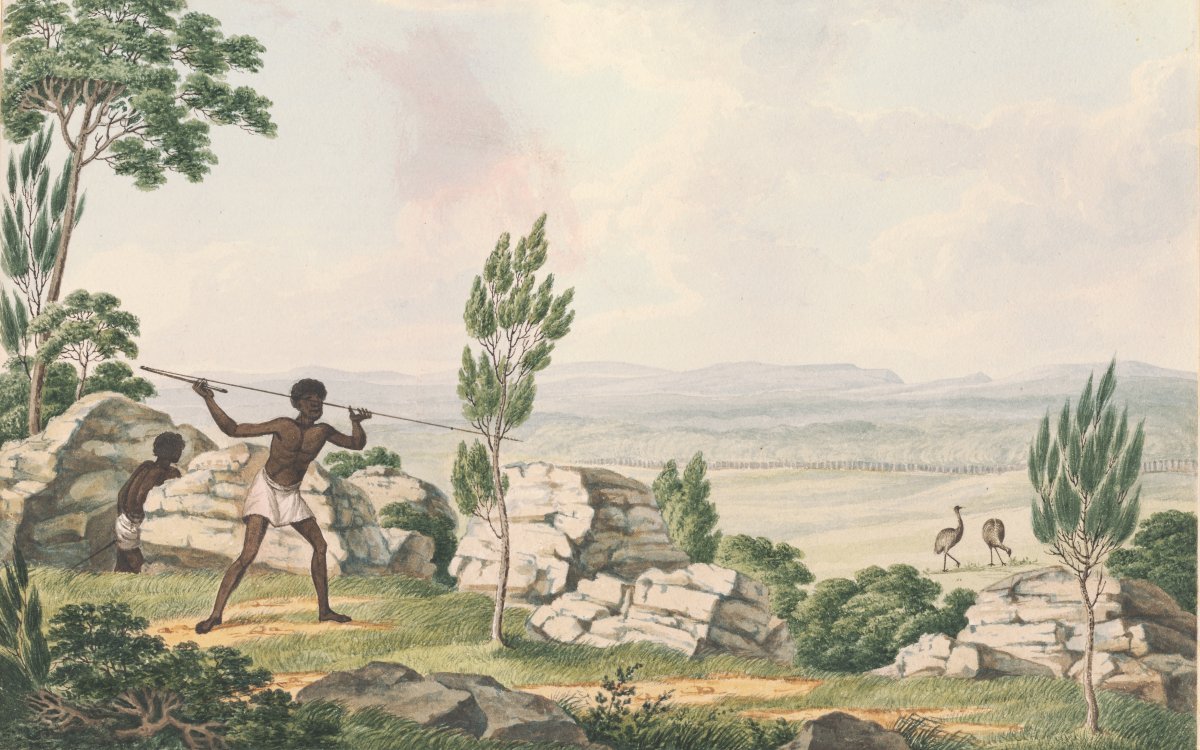 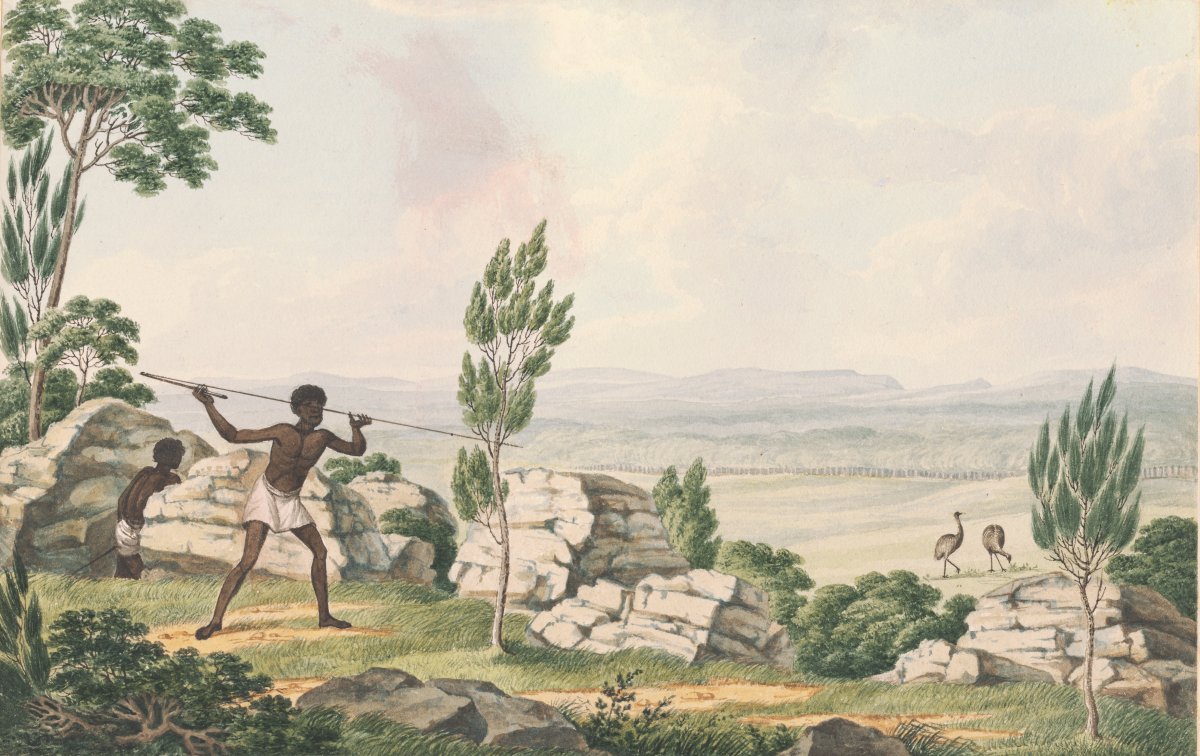 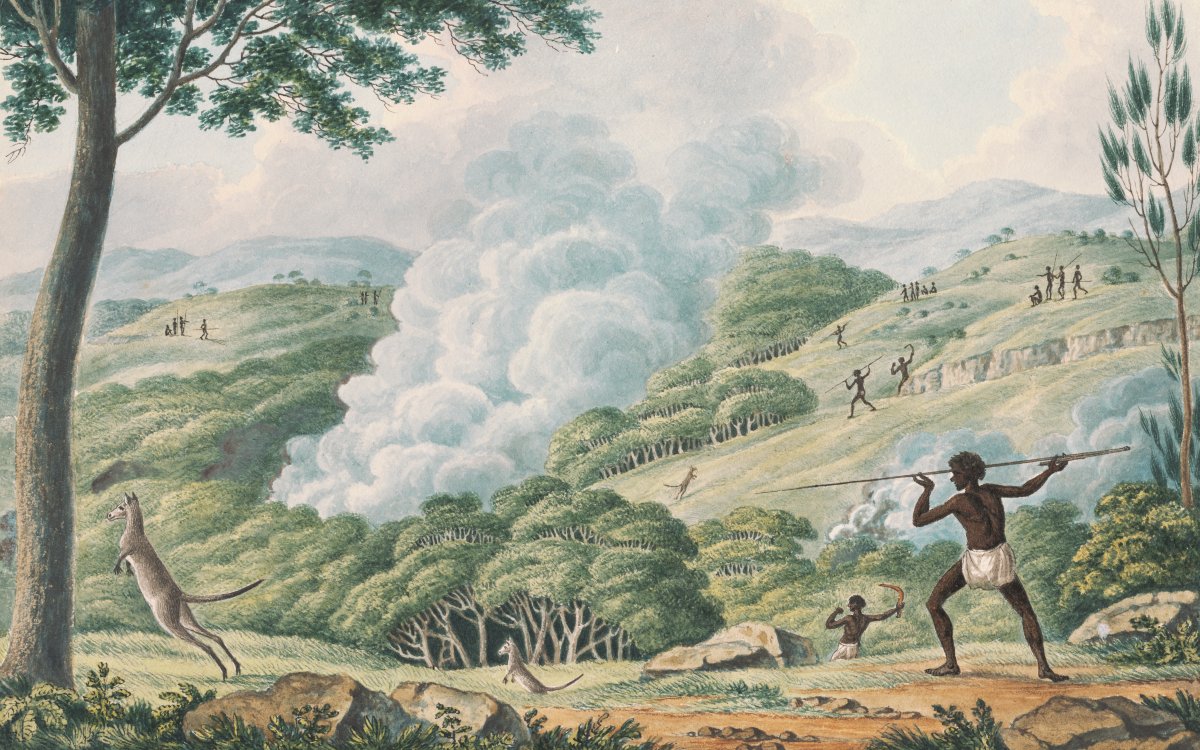 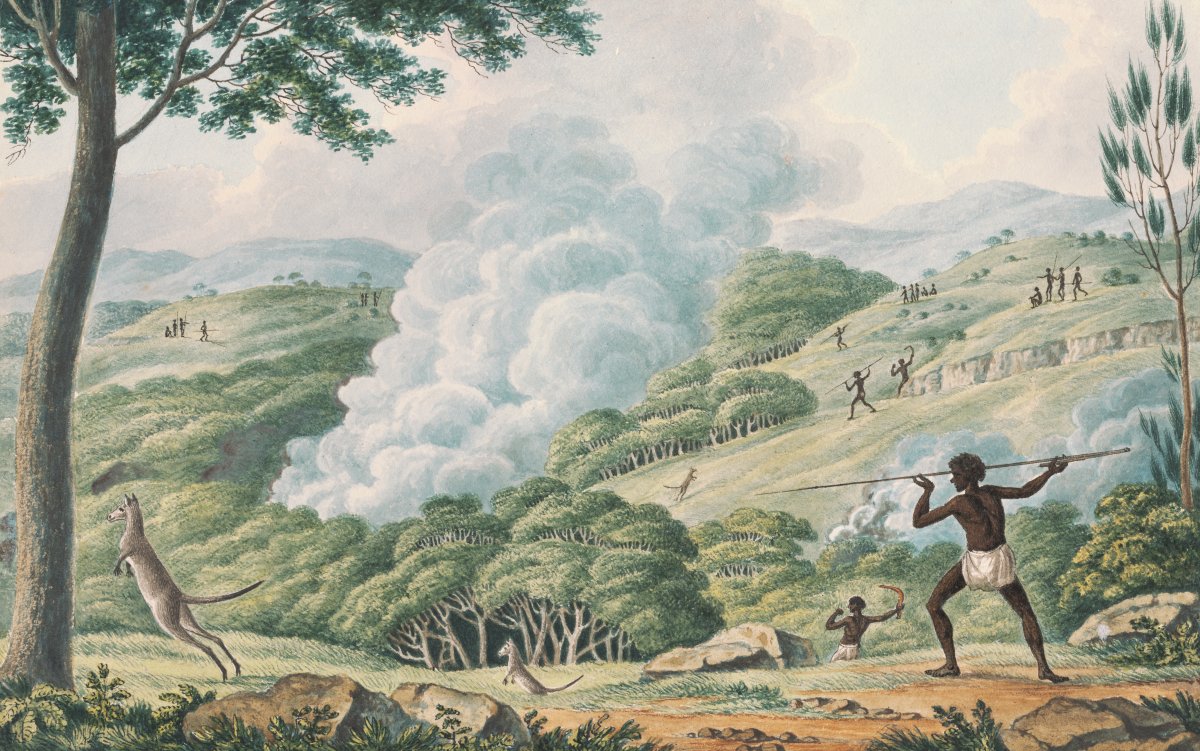 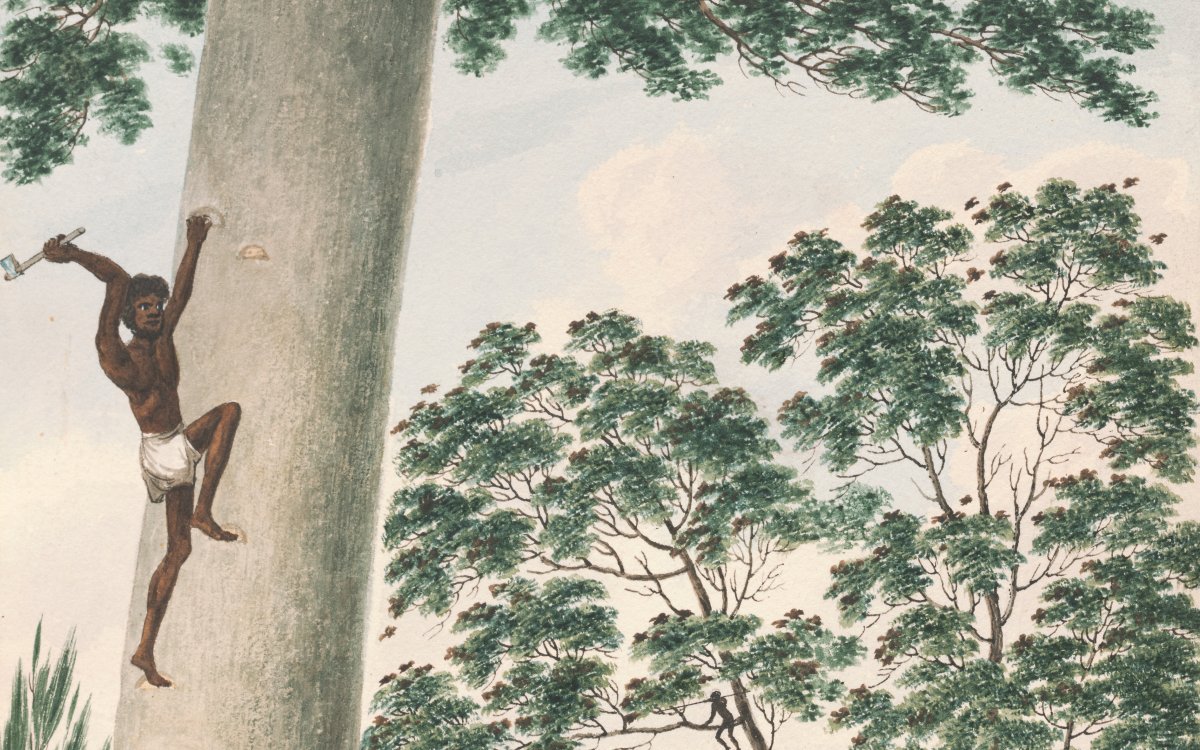 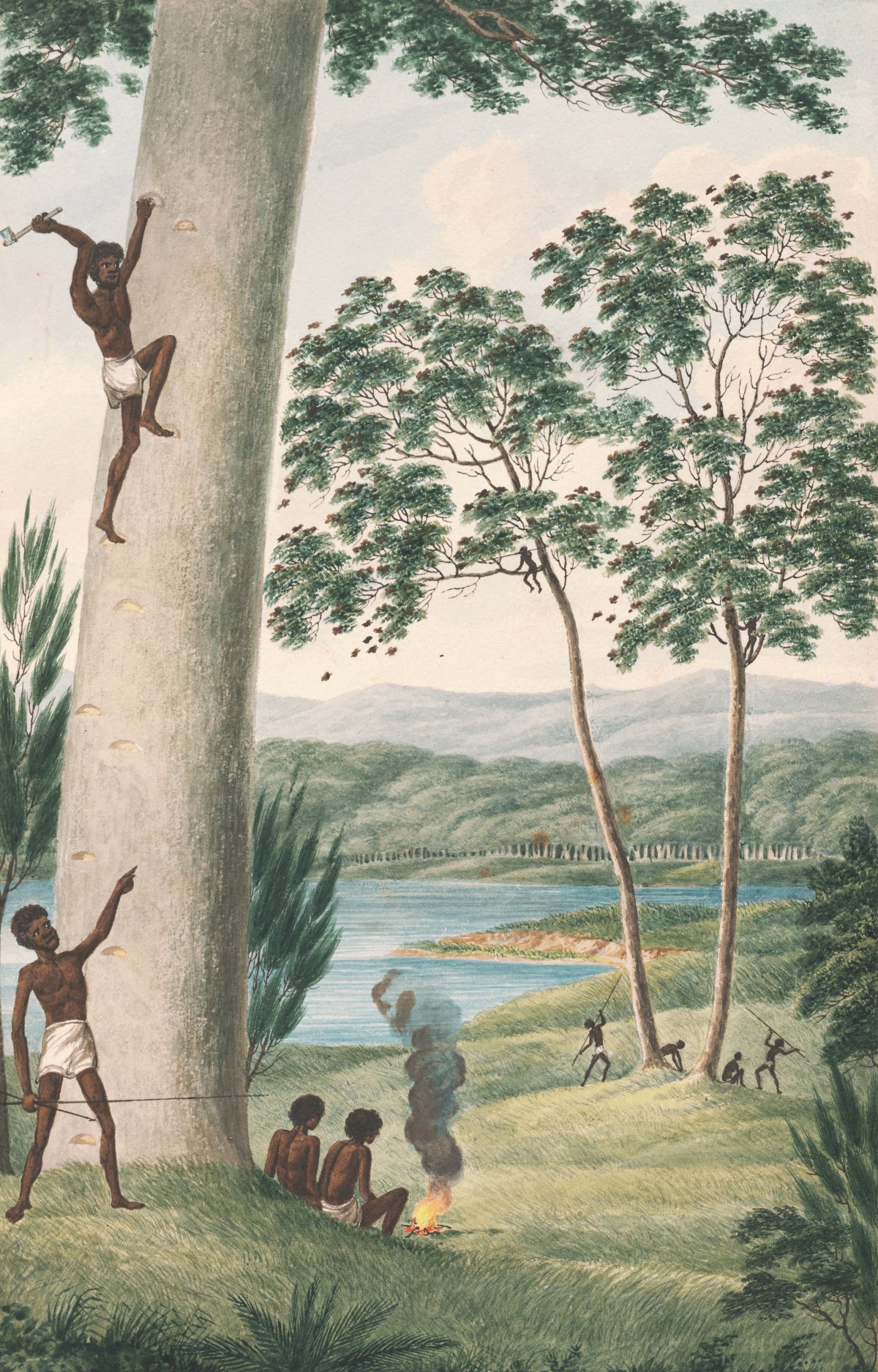 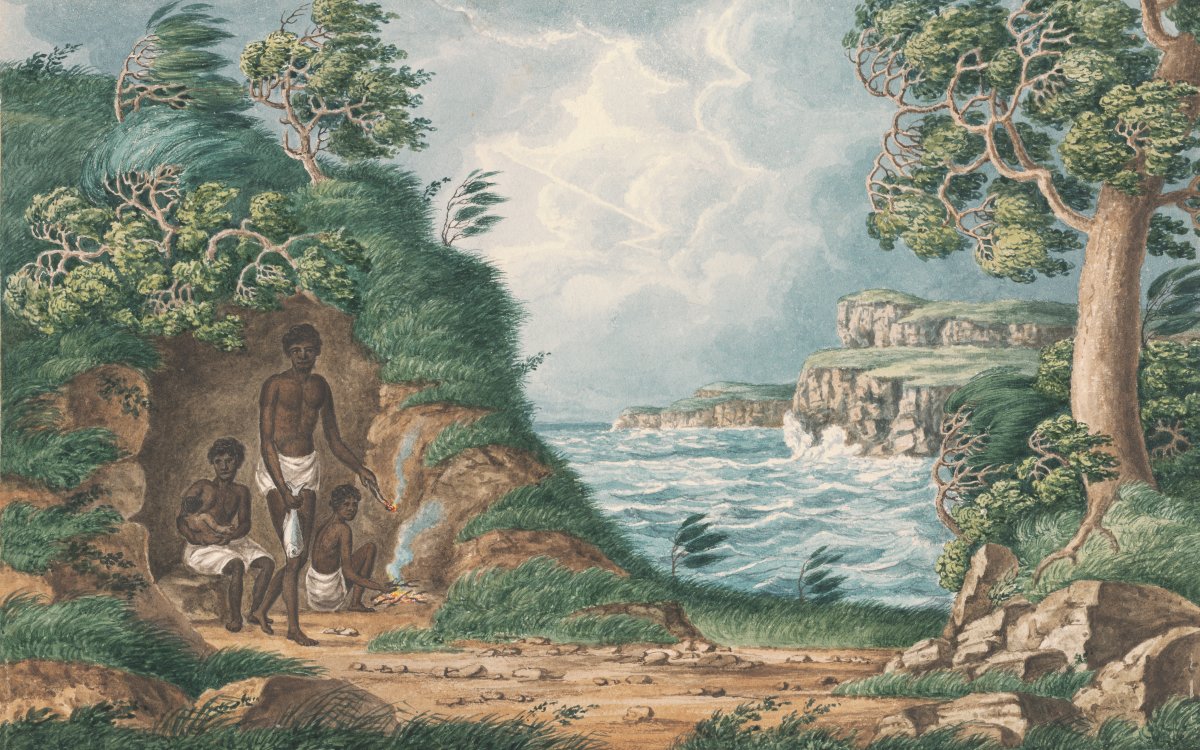 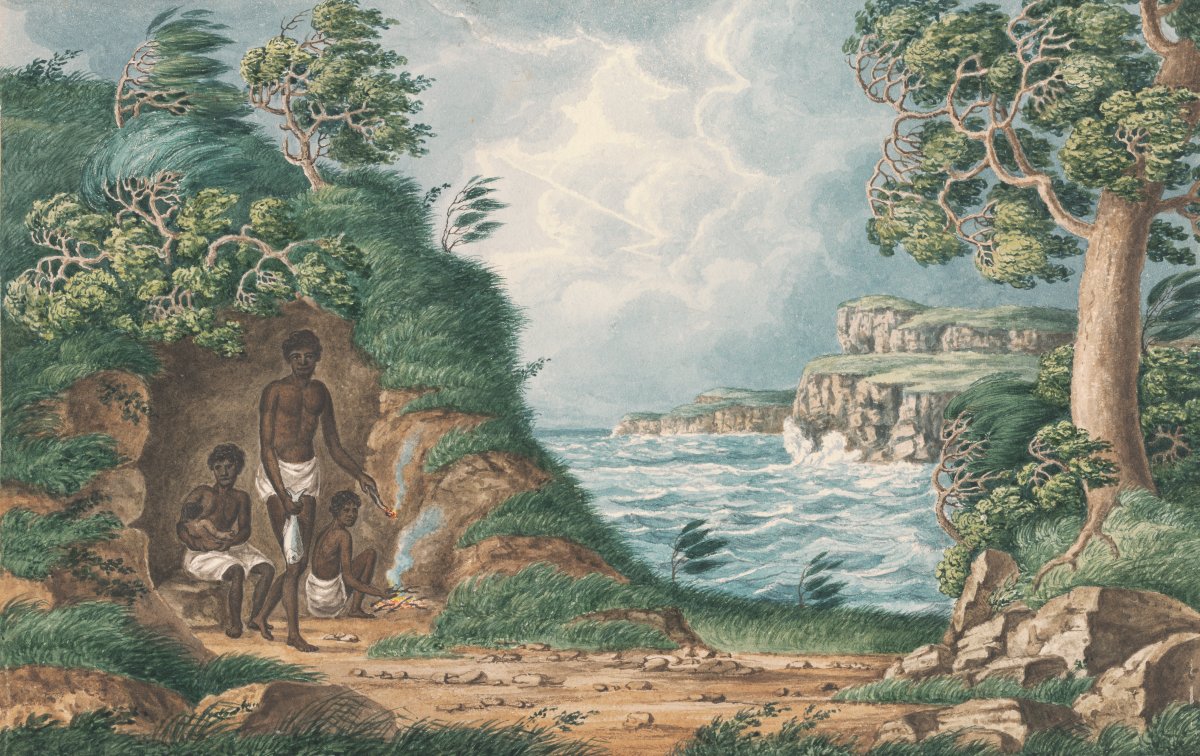 1. It is estimated that Aboriginal people have lived continuously in Australia for over 60,000 years. They developed a close connection to the land that provided them with food and shelter. Ask your students to explore the five Lycett paintings to find evidence of ways the people he depicted lived off the land. They should list their findings under the following three headings:

2. Watch the video with your students to find out about Joseph Lycett, who created these paintings. Lycett was convicted of forgery in 1811 and sentenced to 14 years transportation. He arrived in Australia in 1814 and spent time at the Newcastle settlement where the commandant urged him to show the traditional way of life of the Awabakal people in his paintings.

In a class discussion, ask your students:

(Teachers may also be interested in viewing the short video Figure in the Landscape: John Glover about another early painter who depicted Indigenous people).

Other Treasures sources that relate to the concepts explored in this source include: Contact, Communication