MANUSCRIPTS AT THE NATIONAL LIBRARY

Manuscripts are the unpublished papers of people and organisations.

See the Library webpage Using the Manuscripts Collection for information about accessing manuscripts.

THE RETURNED SERVICES LEAGUE OF AUSTRALIA

The Records of the Returned Services League of Australia (RSL) date from 1916 and show their continuing concern with the welfare and support of Australia's returned servicemen, women and their families.  In addition to internal records of the organisation (including the congress and Executive) are correspondence with individuals, local branches, Australian and overseas organisations.  Also included is correspondence relating to the 50th and 75th anniversary pilgrimages to Gallipoli.

The Australian War Memorial Official Records collection holds operational and planning records created by the Australian Army, Navy, and Air Force during wartime, and the papers of the official historians.

The Private Records collection contains records from many sources. These include non-government organisations and the personal papers of individuals from all ranks and services of the Australian armed forces. Useful Finding Aids are available for a selected number.

The National Library collects the archives of individuals, families and of national non-governmental organisations. As a result there are many unique manuscript collections relating to World War I held at the National Library. They include the letters, diaries and scrapbooks of people from all walks of life including serving soldiers, doctors, nurses, artists and politicians. There are documents from those on the home front and from organisations that emerged during and after the War.  Material in the Manuscript collection is complemented by material in other Library collections, including Pictures, Oral History and the printed collections.

In addition to using the name of a person or an occupation to find manuscript collections in our catalogue, the 'Browse Subjects' option can also be used.  Some examples of useful subject headings include:

Relevant documents may also appear in other manuscript collections, in which case the 'Summary' information in the catalogue record can contain useful descriptions of the content.

In many cases an online Finding Aid is also available containing specific information about the contents of the collection.  This can be found in the catalogue record.

Sir John Monash (1865-1931) commenced his military career in 1887. He was promoted to major general during the First World War when on active service on the western front. In 1919, he was made G.C.M.G. for military services in France and Flanders.  Amongst his papers held by the Library are his personal correspondence, diaries and notebooks covering the period 1915-1920.

The papers of Sir Keith Murdoch (1885-1952) cover the period of 1914-1918 when he was a war correspondent and journalist. During this time he was assigned to Gallipoli as war correspondent to investigate Australian Imperial Force mail services and associated matters. The papers include his correspondence with leading military, political and journalistic figures, as well as documentation relating to his famous 'Gallipoli letter'.

Anne Donnell was an Australian nurse serving in England, France and Egypt.  The National Library holds copies of 24 letters containing descriptions of her experiences including her work of nursing the wounded, air raids and bombing, her impressions of Egypt and the conditions in France. There are also photographs from the war.

Arthur Wesley Wheen (1897-1971) enlisted in the Australian Imperial Force 1915.  Serving in France he won the Military Medal and 2 Bars for his bravery.  After the war he became a Rhodes Scholar and eventually in 1945 became keeper of the library at the Victoria and Albert Museum. A highly gifted linguist his great achievement was as a translator, including a translation of  Erich Maria Remarque's All Quiet on the Western Front that is considered the standard English version.  After the First World War he spent most of his life in England, mixing in  literary circles that included (Sir) Herbert Read and T. S. Eliot.  His papers include letters written to family whilst he was a soldier as well as correspondence and other material related to All Quiet on the Western Front. 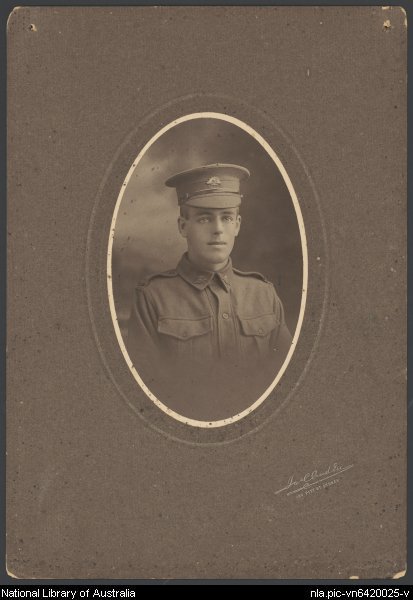 Alfred Morey was a young soldier who worked as a motor mechanic in France. His letters describe life on board ship journeying to France, and events on the battlefields of France. 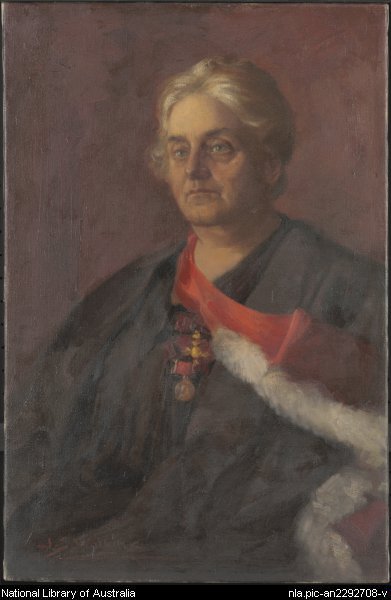 Dr Mary Booth (1869-1956) , a physician and welfare worker, was the founder of the Anzac Fellowship of Women, which aimed to 'promote the comradeship of women who were engaged in war work', to 'foster the spirit and traditions of Anzac Day', and to 'have regard for the welfare of soldiers and their bereaved'.  It was the only civilian organisation granted the right by W. M. Hughes to use the name 'Anzac'. The papers of the Fellowship and other organisations founded by Dr Booth are held by the Library.

The State Library of New South Wales holds over 500 diaries and letters from the First World War, telling the stories not only of soldiers but of those on the homefront.  Many are available to view online.