If you are looking for a soldier there are many published resources at the National Library to assist.  Official records relating to individual soldiers are available at the National Archives of Australia and the Australian War Memorial.

To find biographies of individual soldiers, use the name of the soldier as a keyword search eg:

There are also many collective biographies available, including of soldiers from the same area.  Use the geographic area or the more general name of the conflict as in the following examples:

Many volumes of the collected letters of both individual soldiers and soldiers from particular areas have also been published. These can be found by using either individual names, or geographic areas:

There have been a number of guides published to tracing individual soldiers. The following are on open access in the Newspapers and Microforms Reading Room.

Unit histories and official diaries can provide useful information on the movement of a unit and a soldier within that unit.

Many soldiers received awards for their bravery and service in the war.

The London gazette contains of names of Australians who were granted honours and awards in the First World War and is available online.

The  Australian War Memorial has a useful guide called Researching a person which outlines how to find details of honours and awards presented to Australians while on active service with Australian forces.  It also includes references to where the recommendation and award can be found in the Commonwealth of Australia Gazette as well as the London gazette.

The following printed works name all Australian Army recipients of gallantry and distinguished service awards made during the First World War, together with the recommendations for the awards:

A useful Case Study on finding a military honour or award in the Commonwealth of Australia Gazette can be found in our Research Guide: Government gazettes.

To find out what awards have been issued from the Australian and Imperial honours and awards systems from the Boer War to the present day check Defence Honours and Awards.

On their return from war, many soldiers leased farming land and became soldier settlers.

To find published works held by the National Library use the keywords ‘solder settlers’ or Browse alphabetically for the following heading in the online catalogue:

The following websites also contain useful information on the scheme and access to records:

A number of databases containing biographical information relating to Australians and others who fought in the First World War are available at the National Library.  These include Ancestry and FindmyPast.  Search our eResources service for others.

The National Archives of Australia holds the records of service of members of the Australian defence forces in the First World War. A useful guide to these records is available on their website.   The Archives also developed the Discovering Anzacs website with Archives New Zealand.

The Australian War Memorial provides access to the WWI Nominal Roll, WWI Embarkation Roll and the WWI Roll of Honour as well as other useful biographical resources.

The Commonwealth War Graves Commission cares for the graves of those soldiers of the Commonwealth who died in World War I.  Their website allows searching of individual soldiers' graves across the more than 23,000 memorials and cemeteries they care for.

Researching Australians in World War I  is a detailed guide to researching individual soldiers, created by the the State Library of Victoria.

Biography research guide is a general guide to finding biographical information from the National Library of Australia. 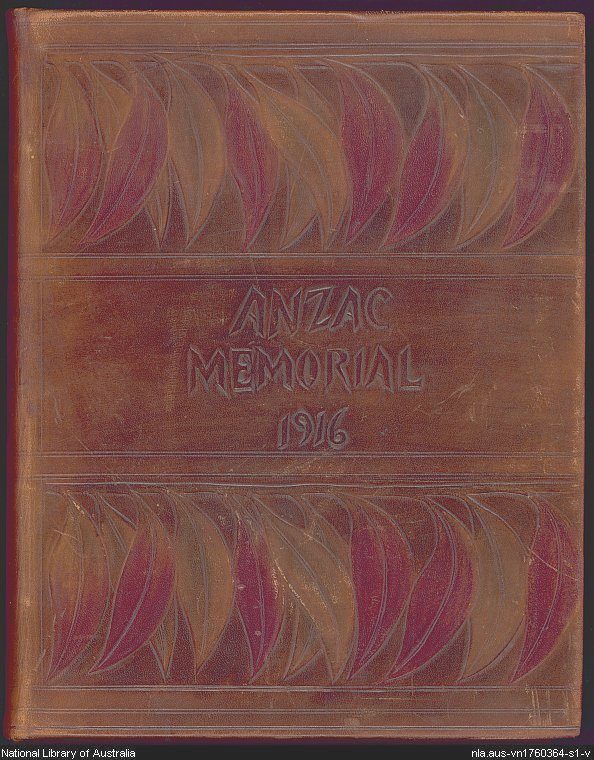 The ANZAC memorial was compiled to commemorate those soldiers who fought and died in the Great War. Various editions were published in different states.  It included photographs of those soldiers killed, a roll of honour, accounts of action undertaken and soldiers stories. 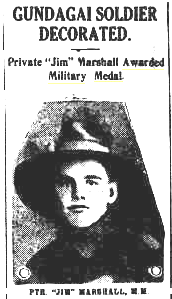 Newspapers can provide a rich source of biographical information. Many Australian national, regional and local newspapers are available online on Trove.   Other Australian and overseas newspapers from this period may be held at the National Library in print or microform.  Check the online catalogue.

Biographical information contained in newspapers can include photographs, details of military actions undertaken and medals awarded.

Newspapers can provide a rich source of biographical information. Many Australian national, regional and local newspapers are available online on Trove.   Other Australian and overseas newspapers from this period may be held at the National Library in print or microform.  Check the online catalogue.