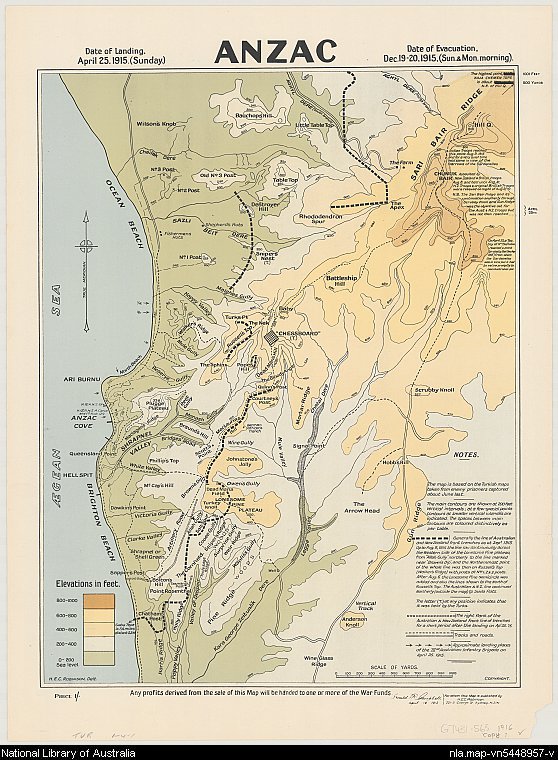 Topographic map of Gallipoli Peninsula, Turkey, showing ANZAC and Turkish posts, trenches, tracks and roads, and approximate landing places.  According to notes "Any profits derived from the sale of this Map will be handed to one or more of the War Funds". 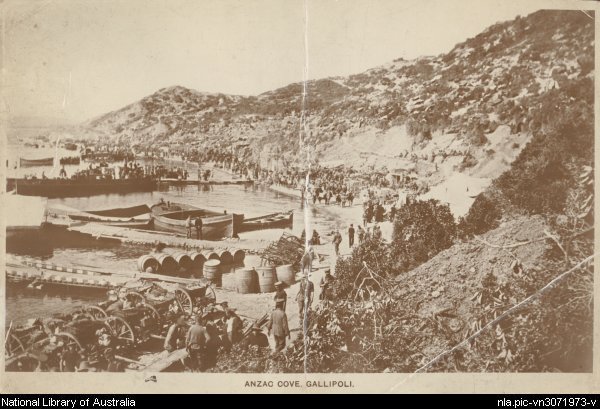 Gallipoli and the Anzacs

Dawn of the legend

An online exhibition from the Australian War Memorial which 'tells the story of the Australians who landed at Gallipoli, and of the creation of the ANZAC legend'. 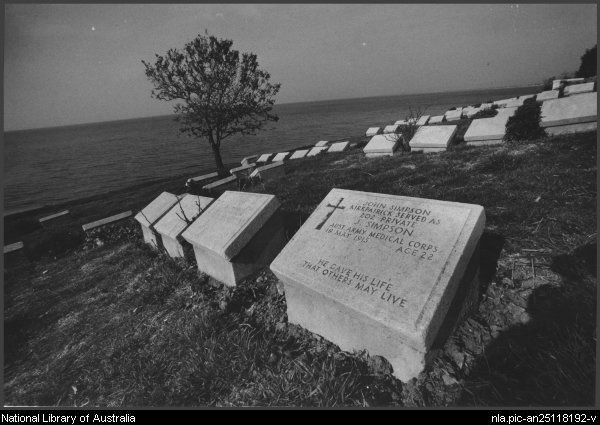 Howard, Bruce. & Herald and Weekly Times.  (1990).  The grave of Simpson (of Simpson and his donkey fame) in a beach graveyard on Gallipoli.

ORIGINS OF THE ACRONYM ANZAC

It is difficult to say who first coined the acronym ANZAC.  The Australian War Memorial provides useful information on the history and use of the term in its Encyclopedia.

On April 25, 1915, the Australian troops, together with troops from New Zealand, Britain and France, landed at what came to be called ANZAC Cove.  They aimed to assist a British naval operation to force the Dardanelles Strait and capture the Turkish capital, Constantinople.

Attempts to break the Turkish lines failed.  The campaign lasted until December when the troops were successfully evacuated.

The National Library holds an extensive collection of the books published about the Gallipoli campaign since 1915.

The first 2 volumes are devoted to the Gallipoli campaign:

Gallipoli one long grave , by Kit Denton, is a well illustrated work with many photographs.

Gallipoli by Les Carlyon is a recent popular history of the campaign.

Gallipoli an Australian encylopedia of the 1915 Dardanelles Campaign by Ronald J Austin is on open access in the Main Reading Room Reference collection at RF 940.426 A937

Published personal narratives are also held.  In the catalogue under the Browse alphabetically tab, select Subject and then the following heading:

The following keywords can also be used:

In the catalogue type the keyword 'gallipoli' and limit the search to the required format eg map.

Keywords can also be used, for example:

The following guides provide useful information about the Gallipoli battlefield:

Gallipoli: a battlefield guide by Phil Taylor and Pam Cupper

Question: "I am looking for information on the man with the donkey who was at Gallipoli"

Answer: The ‘man with the donkey’ was John Simpson Kirkpatrick, a stretcher bearer, who with his donkey ‘Duffy’ worked to carry the wounded to safety at Gallipoli until he himself was shot and killed.

A search of the online catalogue using the terms ‘John Simpson Kirkpatrick’ retrieves 28 items, including biographical cuttings files and photographs.  Books include the recent Dust donkeys and delusions : the myth of Simpson and his donkey exposed.

All are available to request and view at the Library using your National Library card.

Online resources include the following: 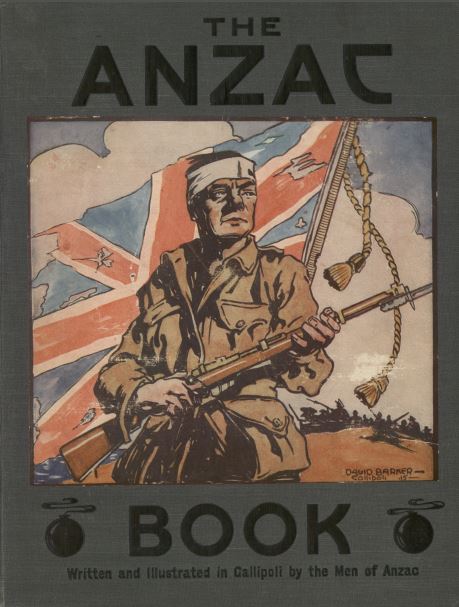 The ANZAC book was a trench publication, published in 1916.  It contained illustrations, stories, cartoons, and poems written by the soldiers themselves, often whilst under fire at Gallipoli. 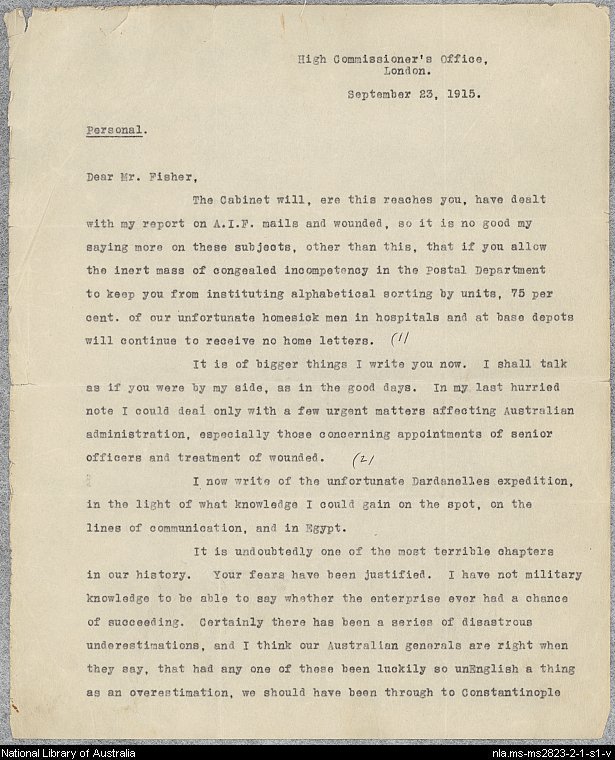 The Gallipoli letter is an 8000 word private report which was written by Keith Arthur Murdoch with the help of a British war correspondent (Ellis Ashmead-Bartlett) after he visited the Gallipoli peninsula in September 1915. It describes the organisation, and conditions of the Gallipoli campaign. 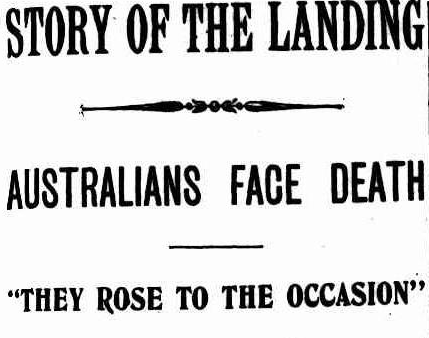 A first hand report of the landings at Gallipoli by British war correspondent Ellis Ashmead-Bartlett.

Despatches from Gallipoli is an exhibition held at the National Library in 2006 which dealt with the experiences of four Australian journalists, Charles Bean, Keith Murdoch, Phillip Schuler and Charles Smith, who went to Gallipoli in 1915.